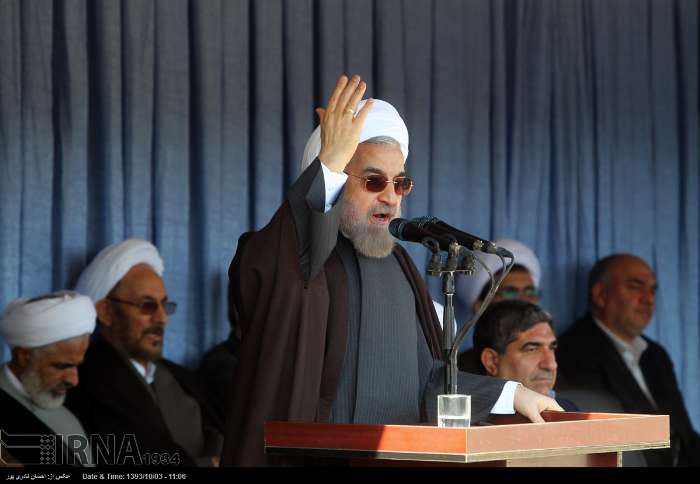 “The oil price cannot remain in the current shape and will certainly increase,” Rouhani said, addressing the Iranian people in the Northeastern city of Birjand on Wednesday.

“Certainly, our nation is the winner of all scenes and we can leave behind (defuse) all plots with unity and integrity,” he added.

In relevant remarks on Monday, Iranian Parliament Speaker Ali Larijani said exports of crude was just one of Iran’s sources of revenue and the country could live up without oil sales and through exports of its rich mineral resources, modern industries, and talented people.