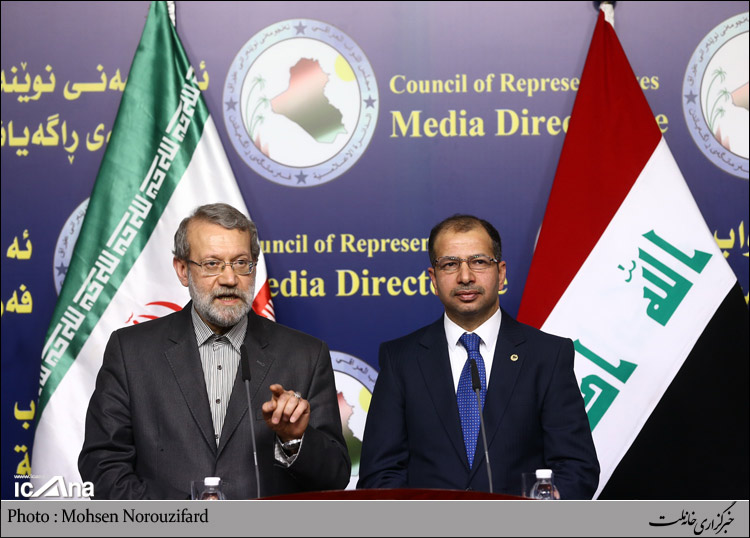 During the meeting in the Iraqi capital today, Larijani and Jabouri underlined the need for the further expansion of mutual cooperation between the two countries’ parliaments.

Larijani is on a regional tour of Syria, Lebanon and Iraq. He started his tri-nation tour on Sunday.

He arrived in Baghdad on Wednesday morning to confer on the latest developments in the region following a visit to the holy city of Najaf where he met with Iraq-based Muslim religious leader Grand Ayatollah Ali al-Sistani.