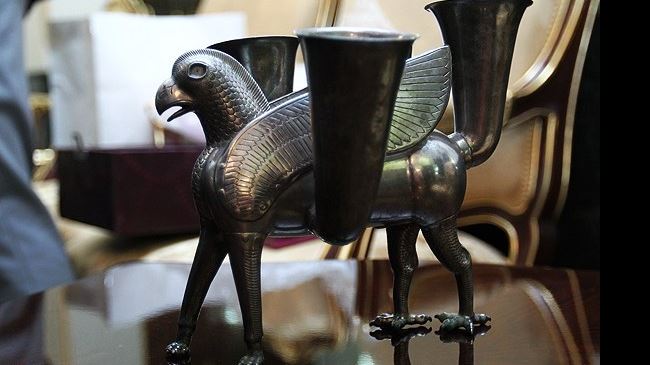 A court in Belgium has ruled that the country’s authorities restitute nine boxes of smuggled ancient Iranian artifacts along with a bronze pin stolen from an exhibition.

An informed source at the Center of International Legal Affairs in Iran’s Presidential Office said on Tuesday that an appellate court in Belgium’s eastern city of Liège, situated nearly 90 kilometers (55 miles) southeast of the capital, Brussels, has passed the final verdict in favor of the restitution of the Iranian heritage, IRNA reported.

The source, whose name was not revealed, praised efforts made by Iranian legal experts and officials at Iran’s Cultural Heritage, Handcraft and Tourism Organization (ICHTO) for following up on the case.

The contents of the nine boxes were looted over the past years from a 3000-year-old ancient site near the village of Khorvin, situated 80 kilometers (49 miles) northeast of the Iranian capital, Tehran.

Following Iran’s demand, the Brussels court ordered the seizure of the pieces and their preservation at the Museum of Brussels University, pending a final verdict.

Since the boxes contained metal items that might have oxidized over time, Iranian officials asked Belgian officials to open the boxes in the presence of ICHTO representatives. The boxes were resealed after experts examined the contents.

The ancient pin was stolen in December 2002 from the European tour of “7000 Years of Persian Art” during its run at St. Peter’s Abbey in Ghent.

Iranian officials have filed several other lawsuits in courts in Britain, France, Turkey, and Pakistan for the return of smuggled artifacts over the past years.