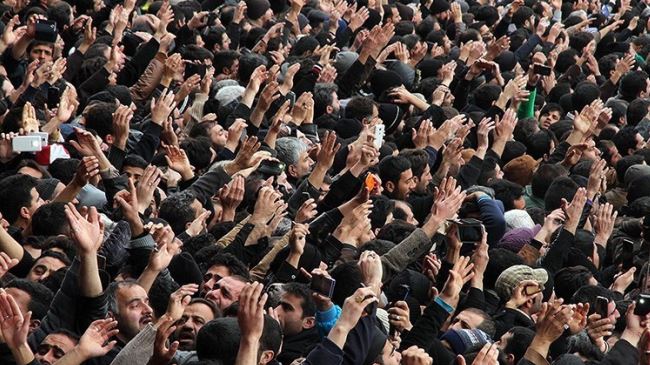 Millions of pilgrims gather in Iran’s holy city of Mashhad to mark the martyrdom anniversary of Imam Reza (PBUH).

Millions of pilgrims have flocked to the holy city of Mashhad northeast of Iran to mark the martyrdom anniversary of Imam Reza, the eighth Shia Imam.

Imam Reza was martyred after being poisoned by the Abbasid Caliph Ma’mun in the year 818 AD.

Rashidian said Shia pilgrims from neighboring countries including Iraq, Pakistan, Afghanistan and Azerbaijan Republic have also travelled to Mashhad to participate in the ceremony.

Mourners from a number of Persian Gulf Arab states have also braved Iran’s harsh winter to take part in the procession.

Reports say more than 80,000 mourners have travelled to the holy city on foot.

Iranians in other cities are also holding their own ceremonies in the mosques and other religious centers to commemorate the tragic occasion.

Tuesday December 23 is a national holiday in Iran over the aniversarry martyrdom of Imam Reza.