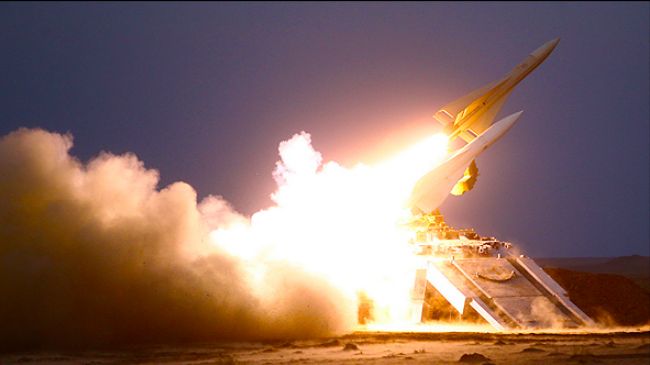 “The Islamic Republic of Iran’s might will be displayed in a joint maneuver, named Mohammad Rasoulallah , by the Army’s Ground, Naval and Air Forces and with the support of Khatam al-Anbia Air Defense Base,” Iran’s Navy Commander Rear Admiral Habibollah Sayyari said on Tuesday.

The six-day military exercises will begin on Thursday with the motto of displaying power and lasting peace and friendship in line with Muslim and regional unity.
The drill will cover an area of 2.2 million square kilometers from the east of the Strait of Hormuz to the southern parts of the Gulf of Aden.

Sayyari said the Naval Forces would deploy different types of military equipment and weapons to show Iran’s power in waters.

The Iranian commander added that various types of warships, destroyers, submarines, missiles, aircraft and helicopters would be used in the drill in a bid to improve the naval forces’ power.