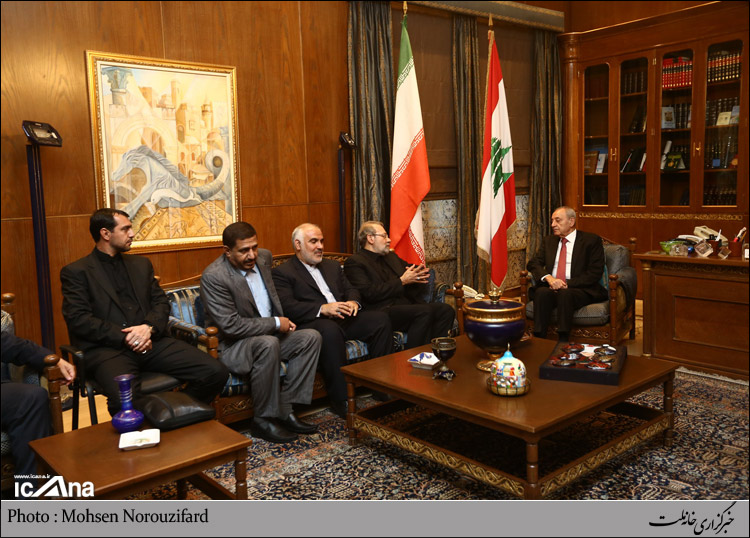 Beirut, Dec 22, IRNA – Iranian Majlis (Parliament) Speaker Ali Larijani on Monday blamed the West for the delay of nuclear deal with Iran, saying the western governments seemed to have problems at home to make such a decision.

Speaking in a meeting in Beirut with his Lebanese counterpart Nabih Berri, Larijani said that the Syrian army has made good progress on the ground and that the Iraqi army, on the other hand, have prevented Daesh terrorists from making further advances and has gained achievements in some areas.

In the current circumstances, most of the countries have changed their attitude towards the crisis in Syria and believe that diplomatic dialogue is the only way out of the crisis, Berri said.

Berri said that Lebanon just like Iran believes that the Syrian crisis has to be resolved through political dialogue.

The two parliament speakers also discussed the latest developments in Iraq as well as issues of mutual interest.