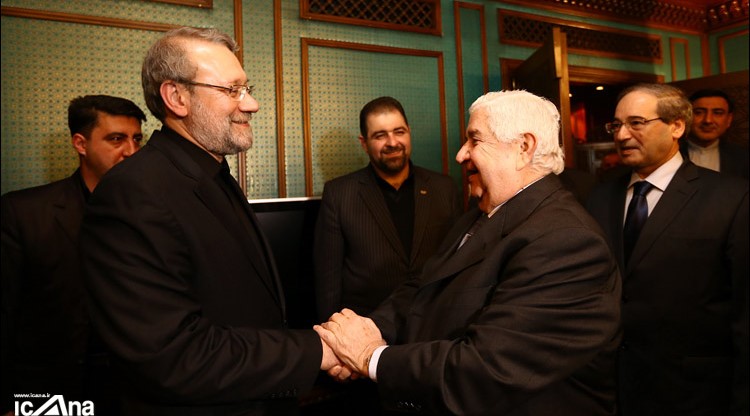 Walid al-Muallem along with his deputy Faisal Mekdad met with Iran’s Majlis Speaker Ali Larijani in his residence in Damascus on Sunday evening.

He appreciated Iran’s Supreme Leader, government and people’s support for Syrian people and thanked Speaker Larijani for paying a visit in such a sensitive period to Syria.

Al-Muallem said Iran has always been a loyal friend for Syria and visit of Iranian delegation to Damascus is very important, because events are taking place in the region very fast.

Larijani said cooperation between regional countries to fight against terrorism is necessary.

He referred to recent visits of Syrian Foreign Minister and Premier to Tehran and said that these visits were very important.

Referring to trilateral meeting between Iran, Iraq and Syria in Tehran, Larijani said holding such meetings have many positive effects and the participants in such meetings will increase in the future.