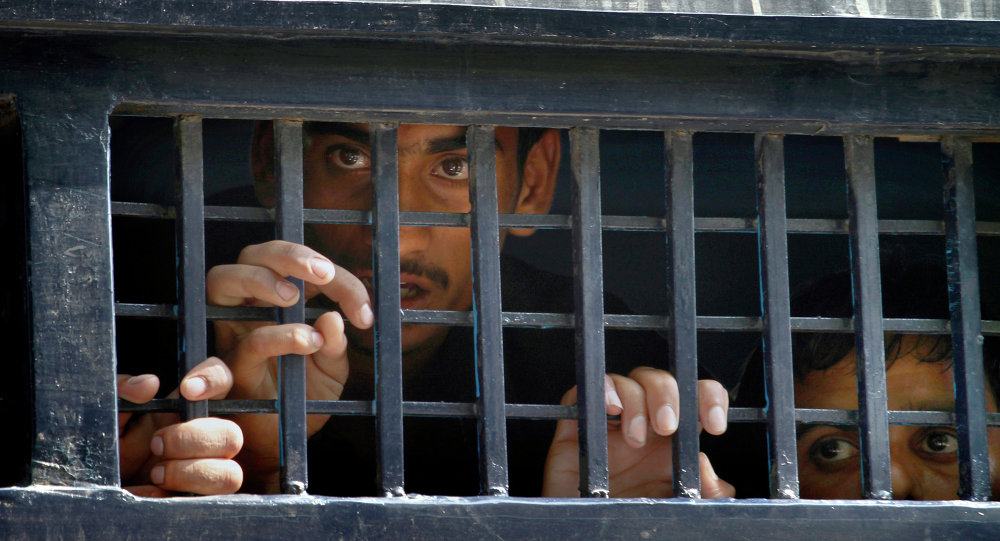 Pakistan plans to execute as many as 500 people who have been convicted of terrorism in the coming weeks, following a recent order by Pakistani Prime Minister Nawaz Sharif to lift the death penalty moratorium in the country; their appeals have been turned down by the president.

MOSCOW, December 22 (Sputnik) – Five hundred convicted terrorists are set to be executed in Pakistan within the next few weeks, according to an announcement which was made by the country’s Interior Minister Chaudhry Nisar Ali Khan.

“We will only execute militants whose appeals for mercy have been rejected by the president [Mamnoon Hussain],” Newsweek Pakistan quoted him as saying at a press conference in Islamabad on Sunday.

The announcement comes in the wake of a recent order by Pakistani Prime Minister Nawaz Sharif to lift the death penalty moratorium in the country, following last week’s attack on a school in the northwestern city of Peshawar, which left 149 people dead including 133 children.

The interior minister, however, has claimed the decision to end the death penalty moratorium hadn’t been motivated by that Taliban attack.

“The government took the decision before the Peshawar school attack in light of the Army chief’s suggestion to resume capital punishment as a deterrent to [potential] terrorists,” he said.

Since the lift of the moratorium, police, troops and paramilitary rangers have been deployed across the country, and airports and prisons have been put on red alert as the executions take place and troops have intensified operations against Taliban militants in northwestern tribal areas.

On Monday, Prime Minister Sharif ordered the office of the Attorney General of Pakistan and the country’s top legal team to actively pursue all cases where some courts have granted stay orders against the executions of terrorists, according to the Pakistani newspaper The Express Tribune.

The prime minister said that the government is committed to eliminating terrorism at any cost.
“There will be no mercy for those who have killed our children, citizens and soldiers,” the newspaper website quotes a spokesperson as saying.

“The Prime Minister has also issued directions for appropriate measures for the early disposal of pending cases related to terrorism,” AFP quotes the spokesman as saying.

The country’s decision to reinstate executions has been condemned by human rights groups, with the United Nations also calling for it to reconsider.

Human Rights Watch termed the executions a craven politicized reaction to the Peshawar killings and demanded that no further hangings be carried out, according to a statement on its official website.

The global watchdog stressed that executions of those convicted on terrorism charges will not help bring the Peshawar school attackers to justice and Islamabad should abstain from “vengeful blood-lust”.

Maya Foa, head of the human rights group Reprieve, said that  their research suggests that many of the individuals who would be first in line for execution are simply not terrorists, and that the law is being abused in a way that perverts justice and fails to keep anyone safe.

Since Friday, six convicts have been executed in the country, including Russian citizen Akhlas Akhlaq, despite the attempts of the Russian authorities to delay the execution.

Five of them were allegedly involved in a failed attempt to assassinate the then-military ruler Pervez Musharraf in 2003, while one was involved in a 2009 attack on army headquarters.

Akhlaq repeatedly denied all charges brought against him and the Russian Foreign Ministry contacted the Pakistani authorities several times in a last-ditch attempt to resolve the case.

His parents say no evidence has ever been presented confirming his guilt.