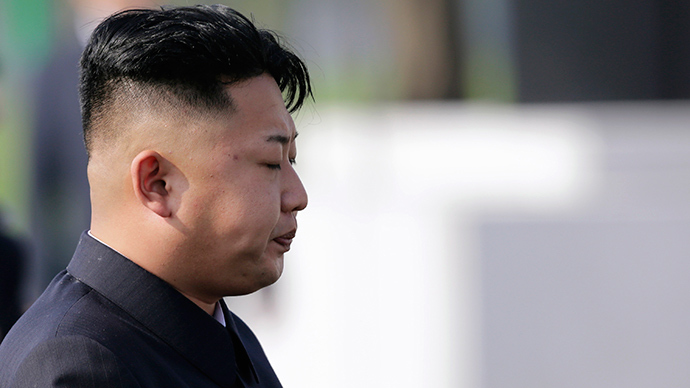 N. Korea has demanded an apology from the US for “recklessly” circulating an unsubstantiated rumor about Pyongyang’s culpability in the recent Sony hack, warning the “proportional” response promised by Obama will be met with the “toughest counteraction.”

The FBI report of the investigation into the hack at the Sony Pictures Entertainment is based on“intentional allegation rather than scientific evidence” of the North Korean involvement, said the Policy Department of the National Defence Commission of the DPRK.

“After all, the grounds cited by the FBI in its announcement were all based on obscure sci-tech data and a false story and, accordingly, the announcement itself is another fabrication,” the statement reads, that accuses the US of “gangster-like behavior”.

Pyongyang earlier proposed a joint investigation with the United States into the hack, saying it has “a way to prove that we have nothing to do with the case without resorting to torture as the CIA does.”

In response, US National Security spokesman Mark Stroh said the North Korean government can indeed help by admitting its “culpability” and compensating Sony for the damages.

Pyongyang believes the frontrunner of the anti-North crusade is the US leader himself who is using Sony’s case as propaganda against North Korea.

“US President Obama is recklessly making the rumor about ‘DPRK’s cyber-attack on Sony Pictures’ a fait accompli while crying out for symmetric counteraction, strict calculation and additionally retaliatory sanctions,” the statement reads.

“Can he really cover up the crimes he has committed by trying so hard to falsify the truth and turn white to black?” North Korea asks.

The scandal was sparked by the attack linked to Sony produced comedy “The Interview,” which includes a plot to kill North Korean leader Kim Jong-un.

The movie had been scheduled to be released on Christmas Day, but on Thursday, just hours after the FBI accused Pyongyang of staging a cyber-attack on Sony, the company said the $44 million film would be shelved instead.

President Barack Obama expressed his discontent with the decision of Sony Pictures Entertainment, saying that the company “made a mistake” and should have spoken to him first.

“We cannot have a society in which some dictators someplace can start imposing censorship here in the United States because if somebody is able to intimidate us out of releasing a satirical movie, imagine what they start doing once they see a documentary that they don’t like or news reports that they don’t like,” Obama said.

For its part North Korea claims to have “clear evidence” that the US administration was “deeply involved” in producing “The Interview”, as its script was written according to the “guidelines” of the US State Department.

Pyongyang accused the US of being the “chief culprit of terrorism” that “schemed behind the scene to produce and distribute movies” that destabilize countries around the world, and threatened retaliation against Washington if it proceeds with the “proportional response” that Obama promised.

“Our toughest counteraction will be boldly taken against the White House, the Pentagon and the whole US mainland, the cesspool of terrorism, by far surpassing the ‘symmetric counteraction’ declared by Obama,” Pyongyang said, urging the US to reflect on its “evil doings” and “apologize” to the North Koreans.