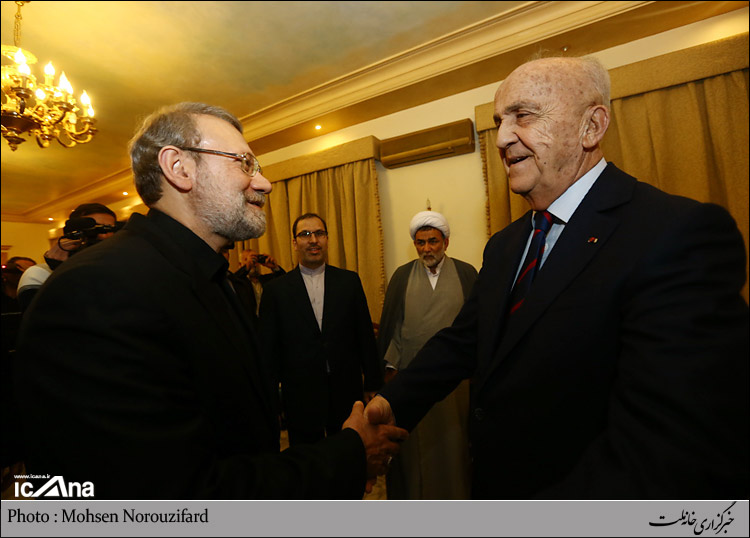 The meeting held at the Iranian Embassy was in response to Larijani’s earlier meeting with Mr. Moqbel during the ongoing visit of Lebanon at the country’s Defense Ministry.

Minister Moqbel thanked Iran’s unconditional, continuous support for Lebanon, especially Tehran’s recent proposal for forwarding military facilities free of charge to the Lebanese Army to be used in that force’s campaign against the Takfiri terrorist forces.

Samir Moqbel had earlier during a recent visit of Tehran met and conferred about the Iranian generous proposal both with his Iranian defense minister and with Larijani.

The United States had after the announcement of Tehran about readiness to forward the military contribution to Lebanon threatened that country to cease its assistance to Beirut if it will accept the Iranian military gift.