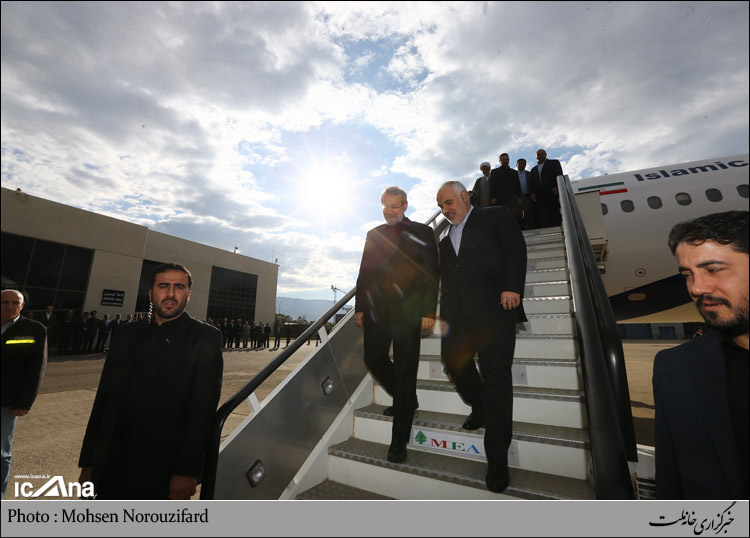 Beirut, Dec 22, IRNA – Parliament Speaker of Iran Ali Larijani here on Monday highlighted the need for cessation of activities of terrorist groups in the region.

He made the remarks while talking to reporters upon arrival in Beirut on the second leg of his regional tour which has already taken him to Syria.

Larijani stressed that the act of certain countries to manipulate terrorist groups to tackle regional issues is a wrong act which has to be stopped.

He said these countries are fanning the flames of a fire which they are unable to extinguish.

The Iranian Majlis speaker said he is to discuss issues of mutual interest as well as regional and international developments with Lebanese officials.

Larijani referred to situation in Iraq, Syria and Lebanon and the presence of terrorist groups in these countries as the top issues he is going to focus during his stay in Lebanon.

He said some countries are supporting both the Zionist regime and Takfiri terrorist groups simultaneously with the objective of using them as a tool to solve some regional problems, stressing that this is certainly a wrong attitude which has to be corrected.

Larijani, heading a high-ranking delegation, arrived in Damascus, Syria, Sunday morning on the first leg of his regional tour which will also take him to Iraq.