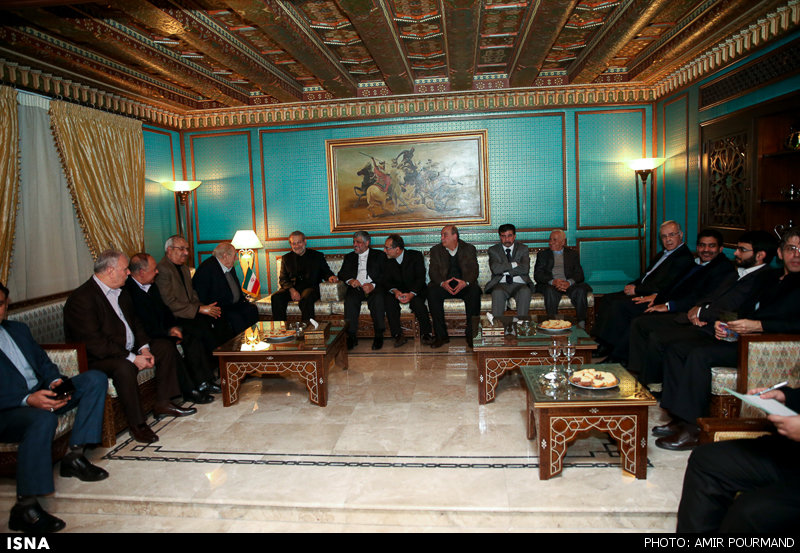 Larijani calls for mobilization of all forces to resist Zionism

Damascus, Dec 22, IRNA – Majlis (parliament) Speaker Ali Larijani said support for Palestine cause is among Iran’s principles and all forces should be mobilized to resist the Zionist regime.

Larijani, in a meeting with heads of Palestinian militant groups residing in Damascus, who are against any compromise with the Zionist regime, said Iran helps Syria and Palestine and does not hide it.

Secretary General of Popular Front for the Liberation of Palestine – General Command- Ahmed Jibril, for his part, appreciated Iran’s support for Palestinian people.

He underlined that if Syria had been damaged and its political system had collapsed, the issue of Palestine would have been demolished, too.

The speaker of Palestinian militant groups coalition opposed to any compromise with the Zionist regime and said that considering recent developments in Palestine, crimes of the occupying Zionists in the holy Quds city and insults to al-Aqsa Mosque should be a priority for the conference.

Head of friendship committee of Muslim nations of Iran and Palestine Abdul Karim Sharqi, for his part, presented a plan to Larijani, which includes support for fighters’ families, who execute martyrdom operation and asked for consideration of the plan by the Islamic Republic of Iran.