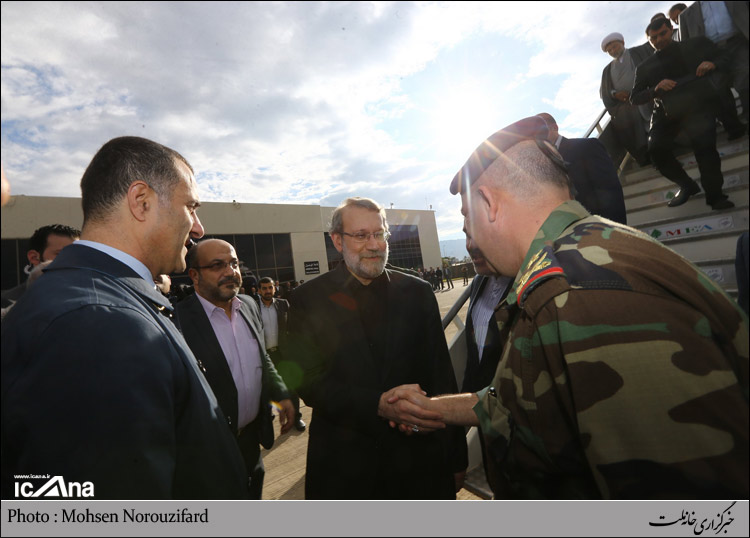 Beirut, Dec 22, IRNA – Parliament Speaker Ali Larijani, heading a political and parliamentary delegation, arrived in the Lebanese capital, Beirut, on Monday on the second leg of his regional tour.

Upon arrival, Larijani was warmly welcomed by Iranian Ambassador to Lebanon Mohammad Fathali and several other officials.

Larijani will also deliver a speech in Lebanon University on Monday.

Iranian parliament speaker left for Damascus on Sunday on the first leg of his three-nation tour which will later take him to Iraq.