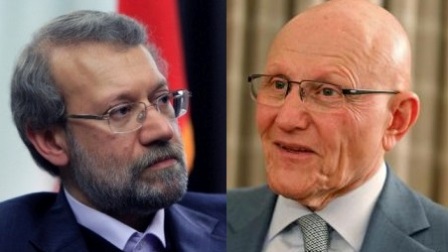 During the meeting in the Lebanese capital today, Larijani and Salam exchanged views on the latest regional developments.

Larijani is on a regional tour of Syria, Lebanon and Iraq. He arrived in Beirut on Sunday night to confer on the latest developments in the region following a daylong trip to Syria where he met with senior Damascus officials, including the president, parliament speaker and prime minister.