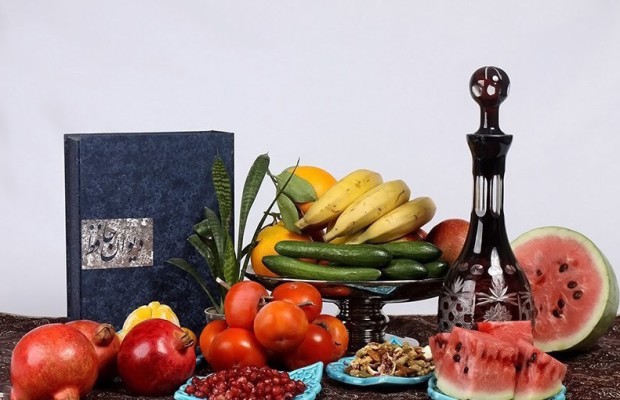 Iranians are preparing to celebrate Yalda Night (Shab-e Yalda or Shab-e Chelleh), one of the most celebrated traditional events in Iran which marks the longest night of the year.

Every year, on December 20 or 21, Iranians celebrate the arrival of winter, the renewal of the sun and the victory of light over darkness on Yalda Night.

The longest and darkest night of the year is a time when friends and family members get together (most often in the house of the eldest member) to eat, drink and read poetry (especially Hafez) until well after midnight.

Watermelon, pomegranate and dried nuts are served as a tradition and classic poetry and old mythologies are read in the gathering.
The red color in these fruits symbolizes the crimson hues of dawn and glow of life. The poems of Divan-e-Hafez, which can be found in the bookcases of most Iranians families, are intermingled with peoples’ life and are read or recited during various occasions like this festival and at Nowruz.

Yalda has its root in Zoroastrian belief, to be exact, Mithraism religion. The Mithraists assumed that Mithra, the Persian god of light and truth, was born to a virgin mother in the morning of the longest night of the year, symbolizing the Sun god overcoming the powers of darkness.
Central Asian countries such as Afghanistan, Tajikistan, Uzbekistan, Turkmenistan and some Caucasian states like Azerbaijan and Armenia share the same tradition as well and celebrate Yalda Night annually at this time of the year.