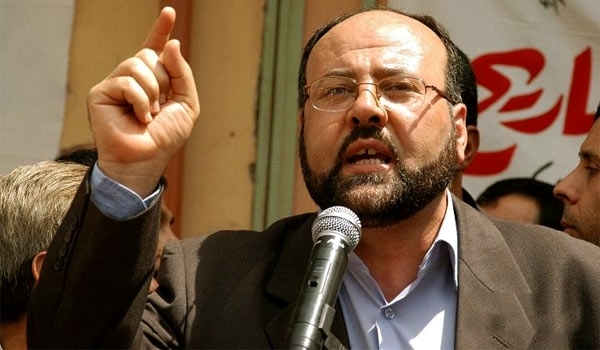 TEHRAN (FNA)- Representative of the Palestinian Resistance Movement (Hamas) in Lebanon Ali Baraka said that a recent visit by a Hamas delegation to Iran opened a new chapter in the relations between Tehran and the Palestinian resistance movement.

“Tehran has pledged to continue supporting the (Palestinian) resistance,” Baraka told The Anadolu Agency on Friday.

Earlier this month, Hamas’ military wing, the Ezzeddin Al-Qassam Brigades, thanked Iran for providing the group with rockets that were used against Israel during the latter’s deadly military onslaught on the Gaza Strip this summer.

“Hamas welcomes the support of any Arab or Muslim state,” Baraka said. “But unfortunately, the Arabs are just spectators… to the systematic Judaization of Jerusalem by Israel and the expansion of illegal settlements (on the Muslim land),” Baraka added.

“We have not received responses from a number of Arab countries that we had asked to support us and our people (against Israeli aggression),” he said.

“This has forced us to seek support from other (Muslim) nations such as Iran.”

Nevertheless, Baraka stressed that Hamas was keen on maintaining good relations with Arab countries – along with Turkey and Iran – “in order to safeguard the resistance” following Israel’s devastating offensive on the blockaded Gaza Strip that left over 2,160 Palestinians – mostly civilians – dead in July and August.

Following the Tehran visit, some Palestinian media outlets had reported that Saudi Arabia had called certain Hamas officials to voice its displeasure in the visit.