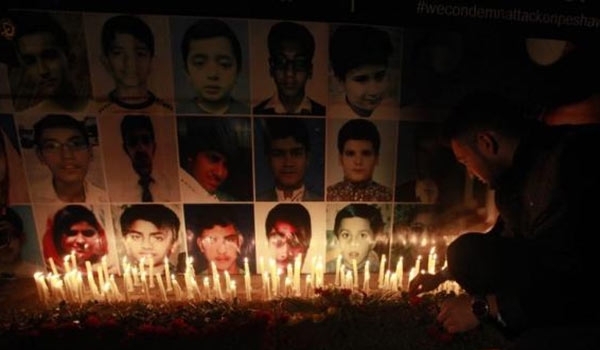 TEHRAN (FNA)- Pakistan executed two prominent Taliban militants in a clear response to the massacre of more than 130 children at a school in Peshawar.

The hanged militants had no links to the Taliban’s assault in the city of Peshawar on Tuesday, but their executions came at a time when a shocked Pakistani society is piling pressure on the government to do more to eradicate terrorism, Reuters reported.

“Aqeel alias Usman and Arshad were hanged in Faislabad Jail at 9:00 p.m.,” a source in a local government in Punjab province said.

At least 130 persons mostly students were killed and dozens others injured when Taliban militants attacked an army-run school situated on Warsak Road in Peshawar last week.