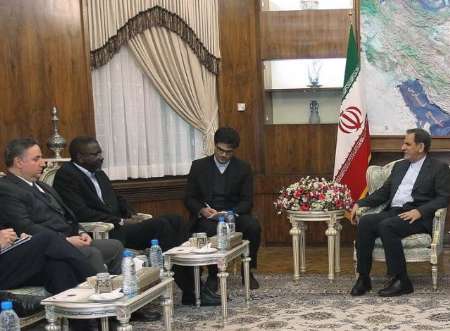 Jahangiri announced the Islamic Republic’s constant support for the IFRC in his Wednesday evening meeting with IFRC Secretary General Elhadj As Sy, praising that international federation as one of the greatest of its kind in the world involved in humanitarian activities “totally indiscriminately, unselectively, and free from political intentions.”

“Iran is located in a region that is subjected to natural disasters annually, such as floods and earthquakes causing sever damages and the IRI Red Crescent Society is one of the organizations that rushes to assist the people in hard times of dire need,” said the Iranian first vice president.

Jahangiri also referred to the occurrence of various wars in the region and the Iranian Red Crescent Society’s eye-catching contributions to the war-stricken nations in such neighboring countries as Afghanistan, Pakistan, Iraq, and Syria.

The IFRC Secretary General, too, for his part appreciated the Iranian Red Crescent Society’s precious and effective humanitarian efforts and contributions to the people in need in hard times.

Elhadj As Sy said that the Iranian Red Crescent Society is one of the great members of the IFRC, with 180 member societies.