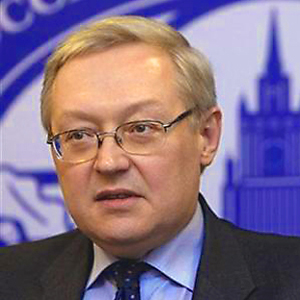 Thaw in US-Cuba relations would be positive development for Russia: Ryabkov

Russian Deputy Foreign Minister Sergei Ryabkov said that the new US policy on reestablishing diplomatic relations with Cuba and easing five-decade US trade and travel restrictions would be a positive development for Russia if it is fully implemented.

GENEVA, December 17 (Sputnik) — The new US policy on normalization of relations with Cuba would be a positive development for Russia if it is fully implemented, Russian Deputy Foreign Minister Sergei Ryabkov said Wednesday.

US President Barack Obama announced earlier on Wednesday that Washington would work toward reestablishing diplomatic relations with Cuba and easing five-decade US trade and travelrestrictions.

“If the measures, announced by Washington are implemented, it would help improving the situation around Cuba, and it would certainly be a positive development for us,” Ryabkov told reporters in Geneva, following a fresh round of talks on Iran’s controversial nuclear program.

As part of restoring relations with Cuba, the Unites States intends to lift sanctions, imposed on the island, increasing allowable remittance to Cuba, authorizing additional exports and imports of certain goods and services, and facilitating financial transactions between the two countries.

The United States also has plans to establish an embassy in Havana and work together with Cuba in areas of mutual interest, such as health, migration, counterterrorism, drug-trafficking and disaster response, according to Obama.

Moscow has maintained partnership with Cuba over the years, as the island remains one of Russia’s key allies in Latin America, with the trade turnover between the two nations exceeding $200 million in 2013.