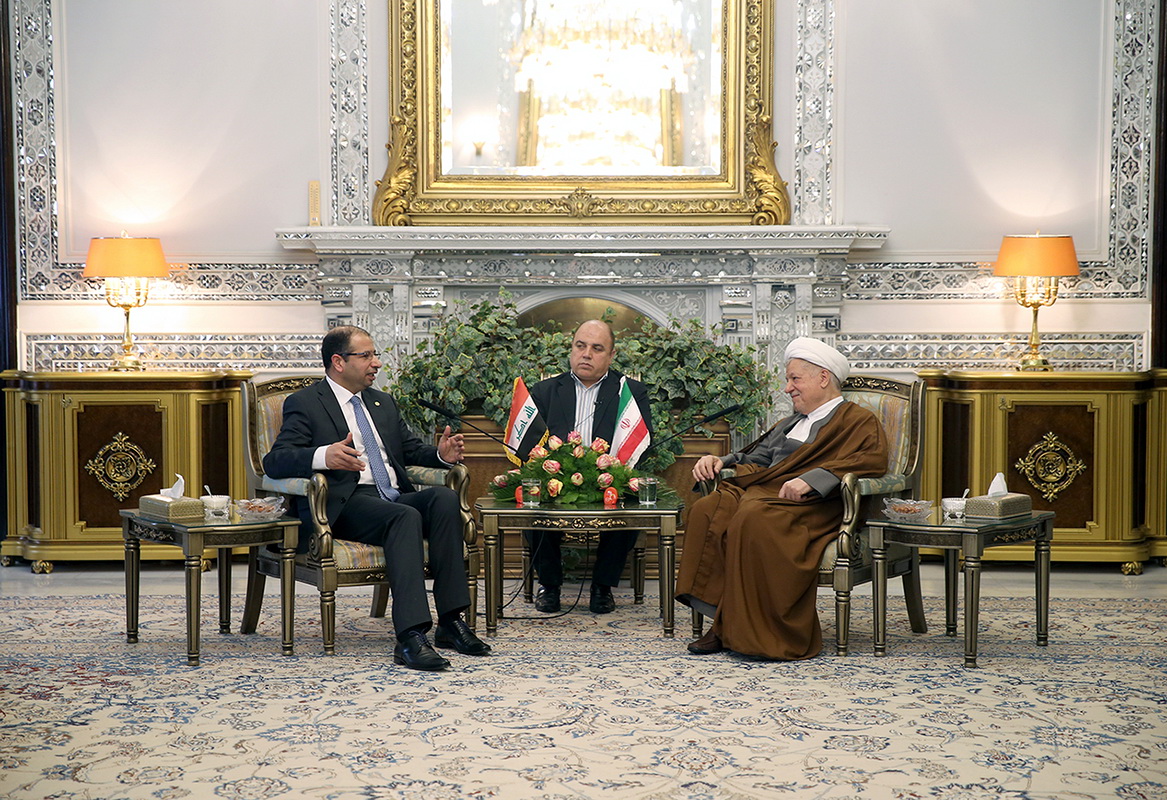 “Security is the most vital need of the region and disputes among the Islamic governments endangers it, enabling the Takfiri terrorist groups to find arenas for action in every corner of the Islamic territories,” said the Expediency Council Chairman Rafsanjani in his meeting with the visiting Iraqi Parliament Speaker Salim Al Jabouri.

Rafsanjani set example of the yesterday deadly explosions in a military school in Lahore, Pakistan, the one in a mosque in the Philippines, and the Wednesday morning explosion in Sana’a as the latest criminal acts of the faithless, insane terrorists.

The Iranian veteran politician presented an analysis about the situation in some Muslim countries that after their revolutions against the corrupt ruling systems in their countries got entangled in the quagmire of extremism created by terrorist groups.

“It looks as if the Takfiri groups are commissioned to create so much insecurity and disputes in those countries that the people will get fed up and suffice in returning the rule of despotism and colonialism,” he said.

Parliament Speaker Al Jabouri, too, said that his country’s status today is a serious concern not only for Iran and Iraq, but also for all the regional countries and the entire world nations, calling for cooperation and shared serious efforts of every political and religious group in the region and the world to resolve the crises in Iraq through a political process.

He said that restoration of security in Iraq is a regional and international concern today, arguing that terrorism has created such conditions that the people’s hearts are filled with fear and worries, and negative aftermaths are unfortunately yet to emerge.

The Iraqi Parliament Speaker also considered the sharply lowered oil prices related to the security problems, besides the intrigues of a top, well-known OPEC producer, arguing that the political and security engagements in the region affect the economic status in many countries around the globe.

Al Jabouri meanwhile praised the unique personality of the chairman of the Iranian Expediency Council, arguing, “In meetings with officials of any Islamic country they speak favorably about you and they all believe this unique asset of the Islamic world should be used in resolving the numerous problems in Islamic countries.”