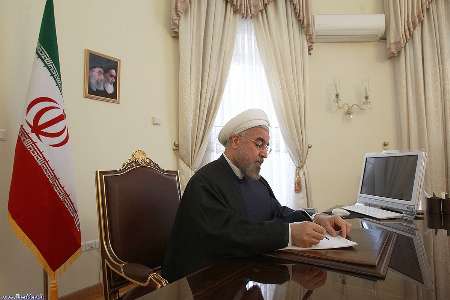 According to a report on the Presidential Office website, President Rouhani wrote in his message, ‘I would like to present my most sincere felicitations on the occasion of the Niger National Day to Your Excellency, the government and Muslim nation of the country.’

‘I hope bilateral ties between the two countries will expanded more than ever before in the past in all fields,’ continued President Rouhani.

He also wished health, success, happiness and prosperity for the Niger’s president and the nation in his message.

The Niger Republic is located in the west of the African continent and received its independence on December 18, 1958.