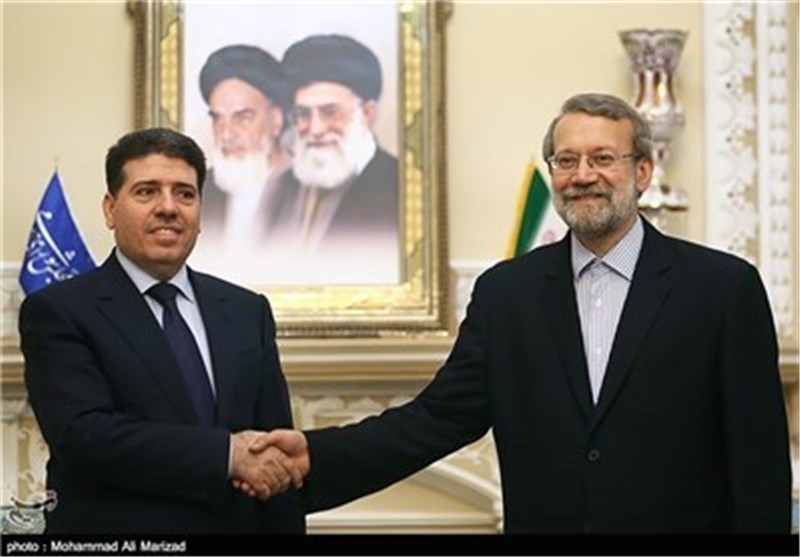 TEHRAN (Tasnim) – Speaker of Iran’s Parliament Ali Larijani expressed Tehran’s support for any attempt to restore peace and stability in Syria, and underlined the significance of protecting the Arab country’s territorial integrity and national sovereignty.

Tehran continues its full support for the Syrian nation and government in their fight against terrorism, Larijani vowed in a meeting with the visiting Syrian prime minister, Wael al-Halqi, here in Tehran.

The Iranian speaker also hailed the Syrian resistance against foreign-backed terrorists, and said the Western countries have already confessed to their failure to topple the government of Syria.

“They (westerners) are now after a political solution (to Syrian crisis) in a bid to come out of the crisis without losing their honor.”

Al-Halqi, for his part, expressed the Syrian government’s preparedness to negotiate with opposition groups.

Russia has recently offered to host a new round of dialogue between the Syrian government and opposition parties in Moscow.

Syrian National Reconciliation Affairs Minister Ali Haidar said on Tuesday that the United States has not been included as a mediator in the upcoming reconciliation talks in Moscow.

Syria has been gripped by civil war since March 2011 with ISIL Takfiri terrorists currently controlling parts of it, mostly in the east.