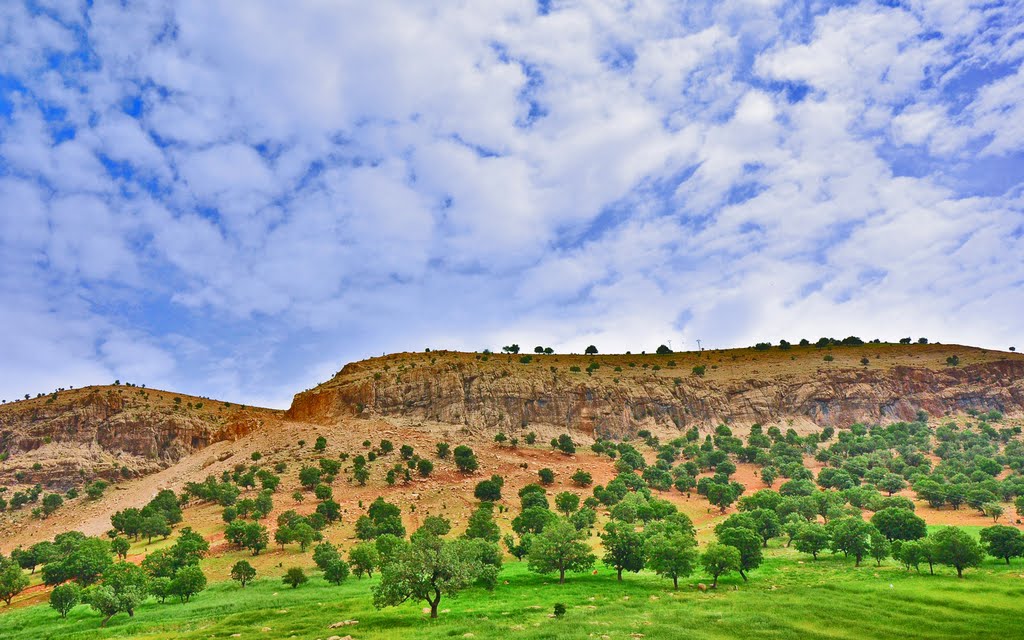 “Green hands to save Zagros”

Dating back 5000 years, oak forests play a vital role in providing fresh air, water and other ecological services to the inhabitants of western parts of Iran. However, ecologically speaking these forests are considered to be young and vulnerable.

Sadly in recent decades, factors such as climate change, extensive logging, overgrazing and reduced level of underground water resources have affected the natural regeneration of oak trees. Intensified by dust storms and Biscogniauxia mediterranea – a fungal disease affecting this species – the oak forest decay is regarded as one of the most important biodiversity threats in the Zagros Region.

To address this issue, the q/GEF Conservation of Biodiversity in Central Zagros landscape has supported realization of an idea proposed by a local man from Lordegan County – located in southwestern part of Iran – aiming to produce oak saplings as well as training the local communities.

The project is named “Each School, One Nursery” and is under implementation by local NGOs with technical support of Zagros Project and Small Grants Programme (SGP).

In December 2013, this project was piloted in eight schools in the forests of Chaharmahal and Bakhtiari province and teachers were trained by technical experts.

This initiative resulted in the plantation of more than 1200 oak seeds with the help of 400 students. The students were asked to take care of their seedlings and to deliver them the next year. The Natural Resources Organization (NRO) will buy the seedlings and use them for forest rehabilitation schemes.

Students of Jozestan Village in Chaharmahal and Bakhtiari

As the next step in 2014, “The Oak-planting Guideline” was jointly published by UNDP/GEF Zagros Project, Department of Environment (DoE) and SGP, and some training workshops were held for DoE experts to build their capacity to involve other governmental organizations such as Natural Resources Organization and Ministry of Education in the program and train teachers and subsequently engage every school of Zagros Mountains Area in this initiative.

Nowadays, given the good amount of precipitation in western altitudes of the country and as the oak planting season approaches, the trainers are speeding up the implementation of this project in 11 provinces of Zagros including Isfahan, West Azerbaijan, Lorestan, Kohkiluye and Boyrahmad, Fars, Ilam, Kermanshah, Chaharmahal o Bakhtiari, Hamedan, Kurdistan and Khuzestan.

The extension offices of Forest, Range and Watershed Management Organization (FRWO), Red Crescent Volunteers and Students are supporting the program. Once grown, these new saplings will also be used by the provincial offices of the NRO to rehabilitate Oak forests.

All interested NGOs, Governmental Organizations, CBOs, local communities and individuals could contact their local DoE offices, to participate in the program.