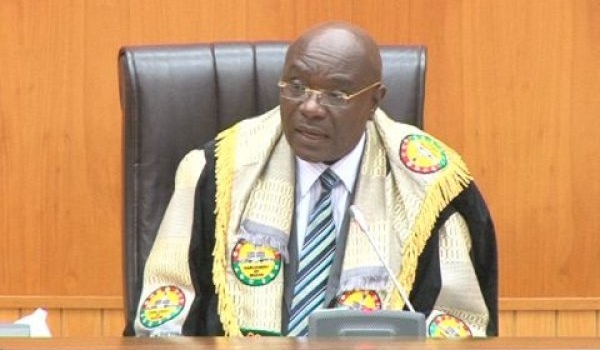 The Ghanaian parliament speaker made the remarks in a meeting with Iranian Ambassador to Ghana Mohammad Soleymani in Accra on Wednesday.

Adjaho pointed to the peaceful nature of Iran’s nuclear activities, and said that all countries should equally use the nuclear technology for civilian purposes.

The Ghanaian parliament speaker also referred to the status quo of Ghana-Iran relations, and called for exchange of high-ranking parliamentary delegations between the two countries.

He noted that Ghana deems as important expansion of relations with Iran.

The Iranian ambassador, for his part, underlined the need for the consolidation of mutual cooperation in political and economic areas, and said that the previous visits to Iran by the Ghanaian parliament speaker and vice-president have helped expand the ties between the two countries.

Tehran has prioritized promotion of ties with the African states and the country is now considered as one of the African Union (AU)’s strategic partners.

Tehran’s efforts to boost ties and cooperation with Africa have led to its acceptance as an observing member of the AU, where it has shown an active presence in the AU summit meetings.

The fifth Iran-Ghana Joint Commission meeting was held in Tehran in May where commission experts discussed the offered plans of both sides to pave better grounds for expansion of Tehran-Accra ties.