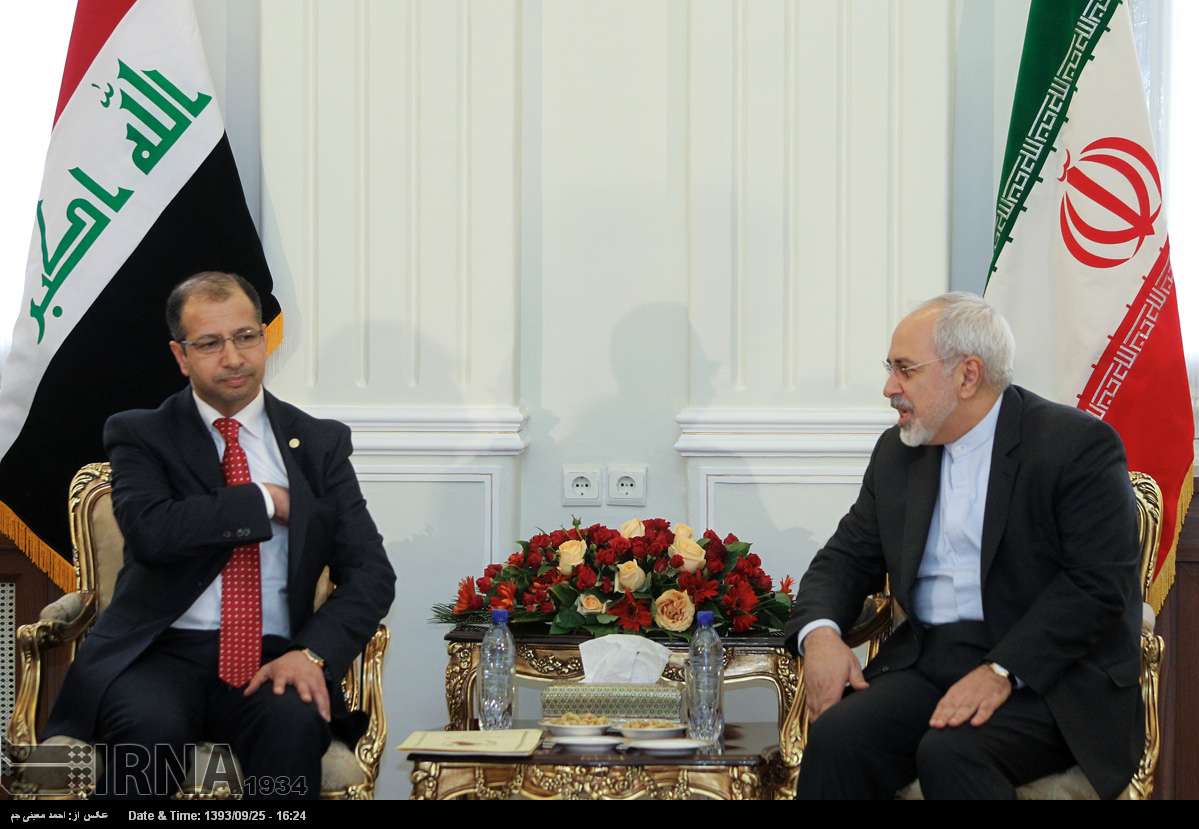 In a meeting with Iraqi Parliament Speaker Salim Abdullah al-Jabouri, the foreign minister hailed magnificent religious demonstration in Iraq last week despite the threats posed by the terrorist group to the safety of the pilgrims.

Zarif thanked the Iraqi government for providing security for one-and-a half million pilgrims of the holy sites in the country.

‘We are happy to see all groups and tribes travel to holy shrines in Iraq, despite the threats posed by Daesh,’ he said.

Iran is ready to cooperate with Iraq in political, economic and parliamentary fields, Zarif said, noting, ‘We consider Iraq’s progress and security as our own.’

‘We believe Iraq can serve as a bridge of friendship between all tribes and countries in western Asia,’ he said.

Al-Jabouri, for his part, underlined general responsibility inside and outside Iraq in the fight against ISIL, saying that all Iraqi tribes including Arab, Kurd, Turkmen and Shia Muslims enjoy necessary solidarity to counter ISIL.

Stressing the need for the neighboring states to maintain stability and security in the region, he said peace and security is essential for all including Iran and Iraq.