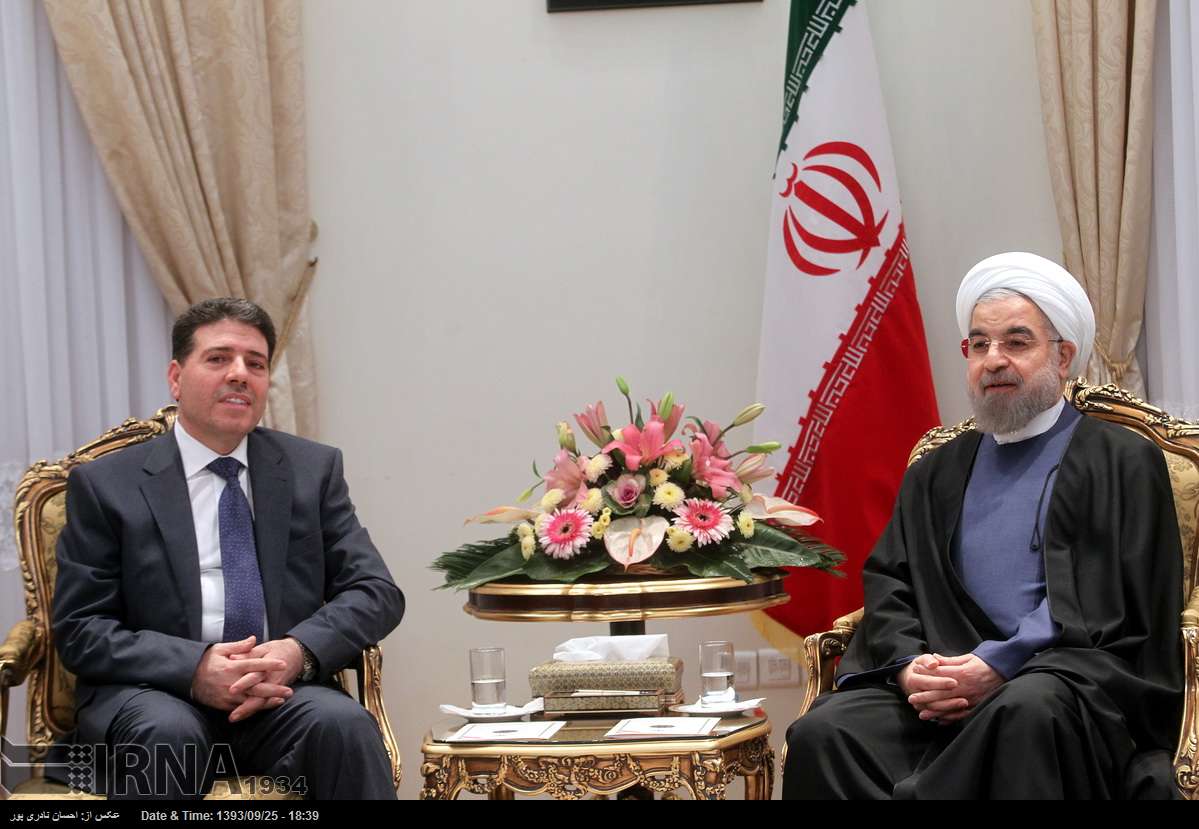 Iranian President Hassan Rouhani says the world has now realized the fact that Syria is involved in a battle against terrorism.

“Today, the world’s public opinion has realized the fact that the Syrian army and people are fighting against terrorist groups and foreign conspiracies,” Rouhani said during a meeting with Syrian Prime Minister Wael Nader al-Halqi in Tehran on Tuesday.

The crimes committed by terrorist groups in Iraq have exposed the true nature of terrorists and the conspiracy devised by enemies against the region and Islam, he added.

Rouhani stressed that the Syrian conflict can only be resolved through “domestic political negotiations.”

The Syrian premier thanked Iran for its support for the Arab country, saying Damascus is ready to consider any appropriate initiative to resolve the country’s crisis.

The Syrian government will consider any initiative that does not infringe upon Syria’s national sovereignty and contributes to the country’s unity, he added.

Syria has been grappling with a deadly conflict since March 2011. The Western powers and their regional allies – especially Qatar, Saudi Arabia, and Turkey – are the main supporters of the militants operating inside Syria.

Over the past months, Syrian soldiers have made numerous gains in the battle against the foreign-sponsored militants, inflicting heavy losses on them in several areas.