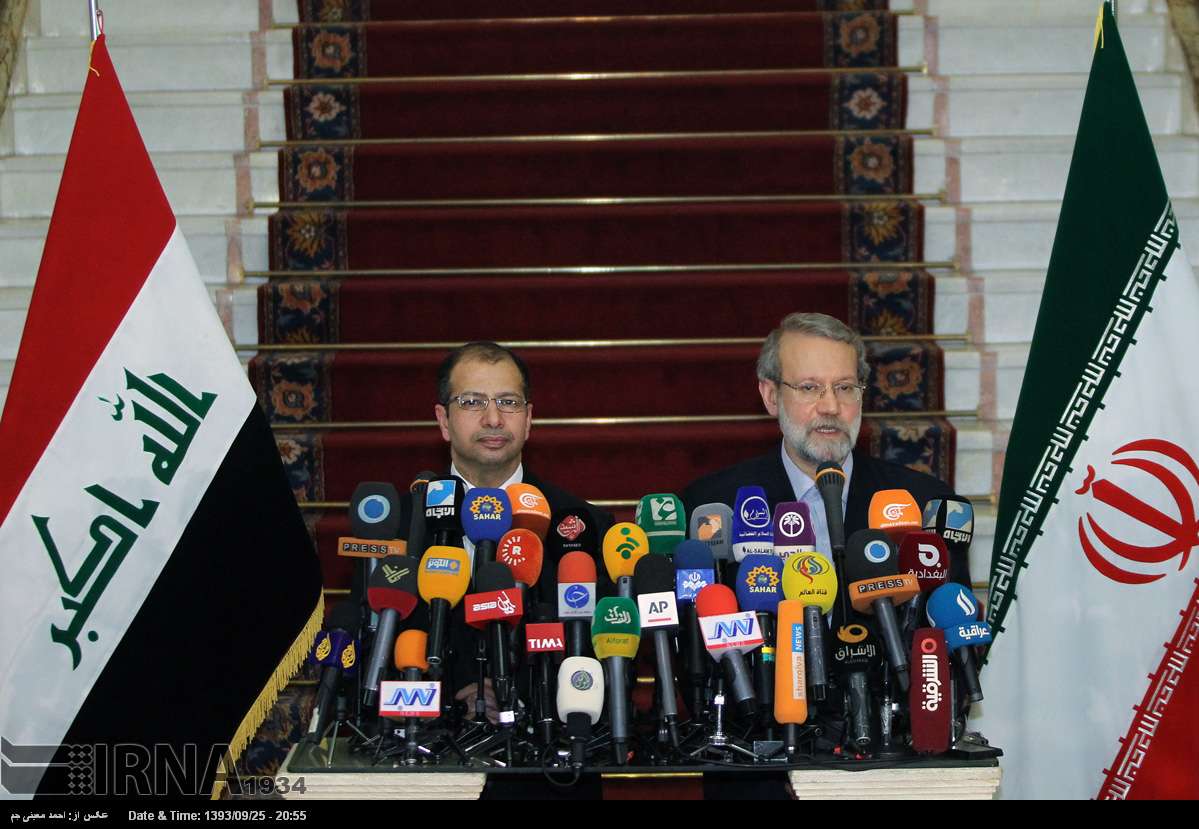 Iranian Parliament (Majlis) Speaker Ali Larijani has cast doubt on the sincerity of the US-led coalition in fighting ISIL, saying those behind the campaign just talk the talk when it comes to fighting terror.

“Certain ongoing campaigns against terrorism in Iraq are merely paying lip service [to fighting terror], among them the fabricated [US-led] coalition,” Larijani said on Saturday after a meeting with visiting Iraqi Parliament Speaker Salim al-Jabouri on Tuesday.

He said that Iran has made “practical” rather than “verbal” contribution to the battle against Takiri ISIL militants in Iraq.

“All countries that can cooperate in the fight against terrorism should be active in this regard both in Iraq and Syria. If the will is there to fight terrorism, it will be welcome,” he added.

Iraqi army soldiers, backed by volunteer forces, have been fighting the ISIL terrorists, who control large areas across northern and western Iraq as well as eastern Syria, for several months now.

The ISIL militants, who have seized swathes of land in Iraq have been carrying out horrific acts of violence against all communities in the Arab country.

The US-led coalition began targeting positions held by the Takfiri ISIL terrorists in Iraq in August but the raids have so far failed to dislodge the ISIL.