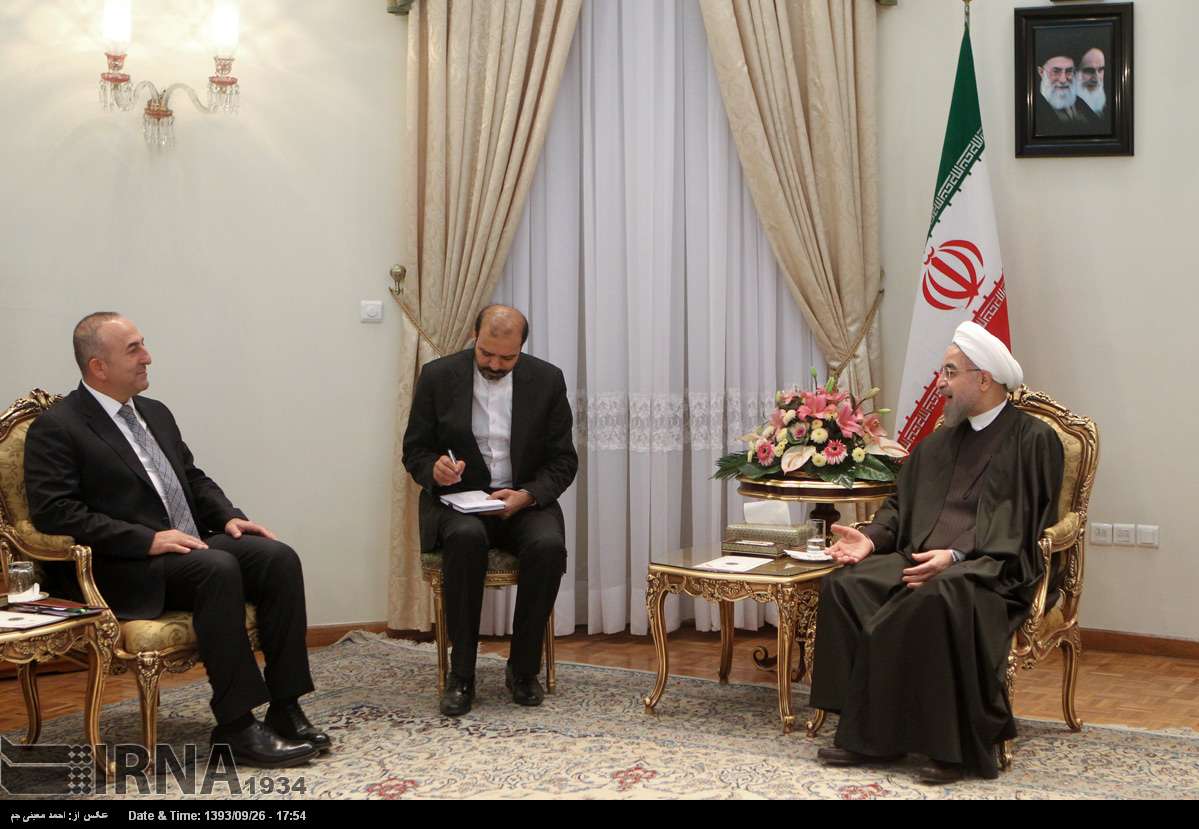 The president made the remarks in a meeting with Turkish Foreign Minister Mevlut Cavusoglu.

President Rouhani said that Tehran-Ankara close cooperation can contribute to stability and security of the entire region.

Noting that Iran, Turkey, Iraq and Syria are four main regional states, President Rouhani said that Tehran and Ankara have common views about the campaign against terrorism and the neighbors’ territorial integrity.

He said that there are political resolve for promoting ties in all fields, but, the two governments must take great strides.

Expressing pleasure with taking office of the democratically-elected government in Turkey, President Rouhani said that major decisions were made during visits by the two countries’ presidents which should soon be implemented.

Cavosoglu, for his part, pointed to his meeting with Iranian Foreign Minister Mohammad Javad Zarif, saying that he reviewed bilateral ties and the regional developments with the foreign minister.

Referring to the target of $30 billion a year, the ceiling envisaged for Iran-Turkey trade, he said that the two governments should do their best to achieve the goal.

Meanwhile, the Turkish foreign minister said that Turkish President Recep Tayyip Erdogan will pay a visit to Iran during which the second meeting of the two countries’ High Economic Commission would be held to help implementation of the agreements already signed between the two countries.