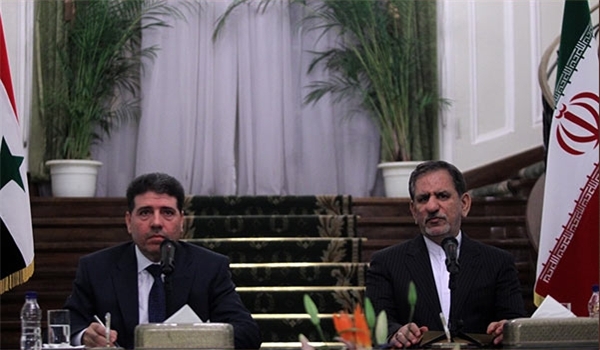 Speaking at a joint press conference with Iran’s First Vice-President Eshaq Jahangiri in Tehran on Tuesday, the Syrian premier appreciated Tehran’s support for his country during nearly 4-year-long war against terrorism, and called on Iranian companies to widen their participation in Syria’s reconstruction plans.

Syrian has been engaged in foreign-backed insurgency since 2011 when militants from foreign countries flocked to Syria to topple legal government of President al-Assad.

Based on recent statistics over 200,000 people have been killed during clashes between terrorists and Syrian troops and millions have been displaced inside and outside of Syria.