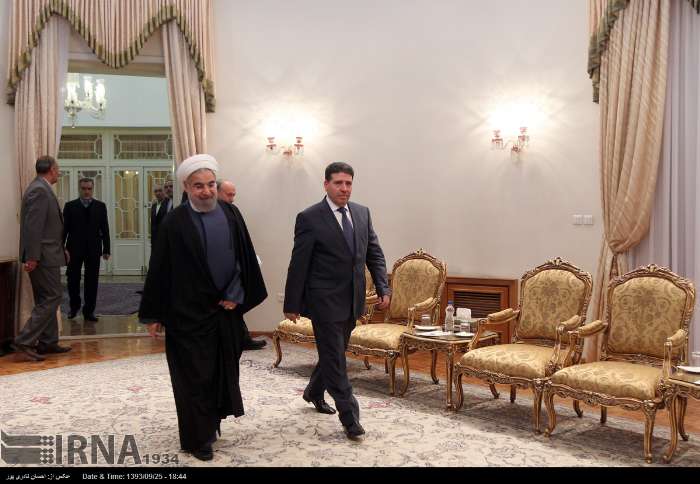 Al-Halqi had a photo opportunity with President Rouhani, while the substantive discussions took place with 1st Vice President Eshagh Jahangiri and the Secretary of the National Security Council, Ali Shamkhani

In the official statements, Rouhani “stressed that the global conspiracies against Iran will not dissuade it from continuing its support for Syria’s government and people”.

Away from the cameras, however, the important question is whether Syria will get billions more in assistance from Tehran as it faces economic crisis and shortages of food and fuel.

Iranian State media said al-Halqi thanked the Iranians for their $3.6 billion line of credit, arranged in July 2013, saying that it had provided food and oil derivatives through 2015 as well as spare parts for power plants, hospitals, and factories.

Iran’s ability to contribute more billions may be hindered by its own economic difficulties. With the failure to reach a comprehensive nuclear agreement, Tehran faces continuing sanctions and their effect on oil exports — down more than 40% since 2012 — and revenues. The halving of the global oil price, the baseline for the Government budget presented last week, has compounded the immediate problems with deficits, inflation, and falling production.

Yet another complication has arisen this week with the currency crisis in Russia, the other main backer of the Assad regime. The ruble has fallen more than 20% this week, despite Moscow’s attempt to bolster it with a sharp rise in interest rates.