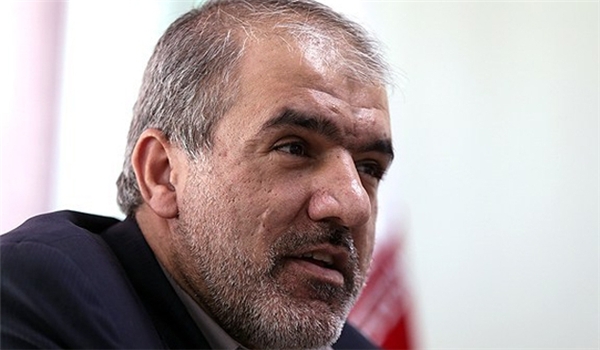 TEHRAN (FNA)- Head of the International Human Rights Center in Iran Ahmad Esfandiari said his center has sent a letter to the UN to dispatch independent rapporteurs to the US to investigate the numerous human rights violations in the country.

“We have sent a letter to the UN to ask them to provide the ground for the presence of the center’s independent human rights rapporteurs in the US,” Esfandiari told FNA on Wednesday.

Noting that the measure has been adopted to study the Americans’ peaceful protests and get informed of the situation of detained protestors, he called on the Iranian foreign ministry to make more serious efforts to shed light on the human rights situation in the US.

Esfandiari also voiced pessimism about the performance of the international organizations which claim to be advocates of human rights, and urged them to show reaction to the US administration’s crimes against its own people.

His remarks came after the US Senate Intelligence Committee’s recent report showed that the CIA’s rendition, interrogation and detention programs were even more nightmarish than you could imagine.

Interrogations that lasted for days on end; detainees forced to stand on broken legs, or go 180 hours in a row without sleep. A prison so cold, one suspect essentially froze to death.

“The Late confession of US Senate to inhuman and catastrophic tortures against security suspects is an obvious sign of breaching the human rights on phony security pretexts,” Afkham said.

“The contents of that shocking report reveal the undercover, aggressive, extremist nature of the American security apparatus that has become a part of its character,” she added.

Afkham said that the worrisome aspect of the matter is that those illegal and inhumane methods and the mentioned samples of behaviors in the report are still being practiced by the US security bodies and the American administration has not guaranteed to prevent the occurrence of such catastrophes from now on.

“A noticeable number of foreign countries’ citizens have been subjected to torture and it is expected that revealing of those acts will be the beginning of legal pursuance of those who have ordered and those who have implemented those criminal acts at the international scene,” she said.

Also in November, 2010, the Iranian Foreign Ministry issued a report on the violation of human rights by the US inside and outside its borders, and urged Washington to sign the international conventions which prohibit such crimes.