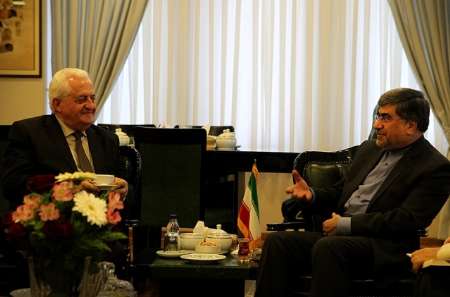 Jannati referred to the two countries’ historical and cultural relations and called for expansion of ties in all fields including arts and music.

Iran is ready to publish books in Armenian language, he added.

The Armenian envoy for his part hailed freedom of minorities including Armenians in Iran.

The official further called for bolstering all out ties between the two friendly nations.