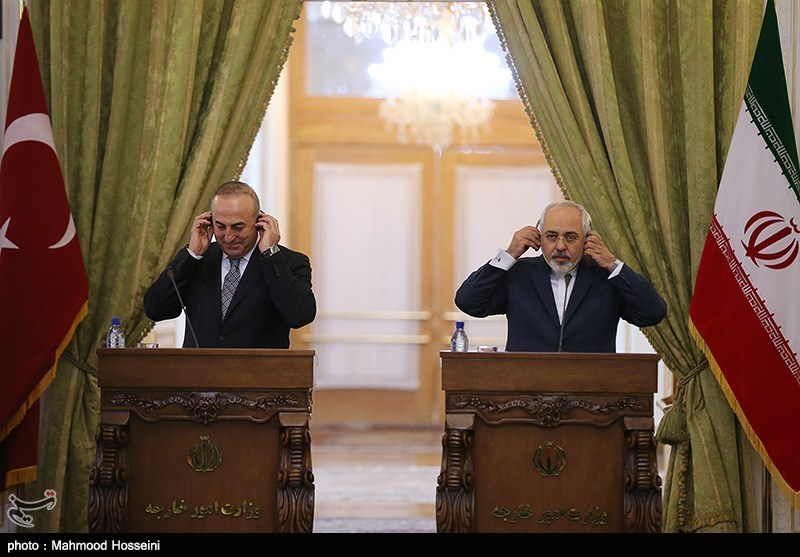 Zarif made the remarks in a joint press conference here attended by his visiting Turkish counterpart Mevlüt Çavuşoğlu who is in Tehran for talks with senior Iranian officials on major bilateral, regional and international developments.

Zarif expressed hope that Cavusoglu’s visit to Iran would prepare the ground for more active relations between the two neighboring countries .

Referring to the growing cooperation between Tehran and Ankara, Zarif said the two sides’ determination to upgrade bilteral trade volume to $30 billion by 2015 and the formation of Iran-Turkey high council presided by the two presidents were examples of expansion of bilateral ties.

The Iranian minister also hoped that minor disagreements between the two countries would soon be resolved.

‘Tehran and Ankara should prevent spread of terrorism to Iraq and Turkey,’ Zarif stressed.

As for stands of Iran and Turkey on Syria, he said neither Tehran nor Ankara are willing to witness the Syrian people are victims of terrorism.

Zarif called on Syrians ‘to decide for their future without interference of foreign powers.”