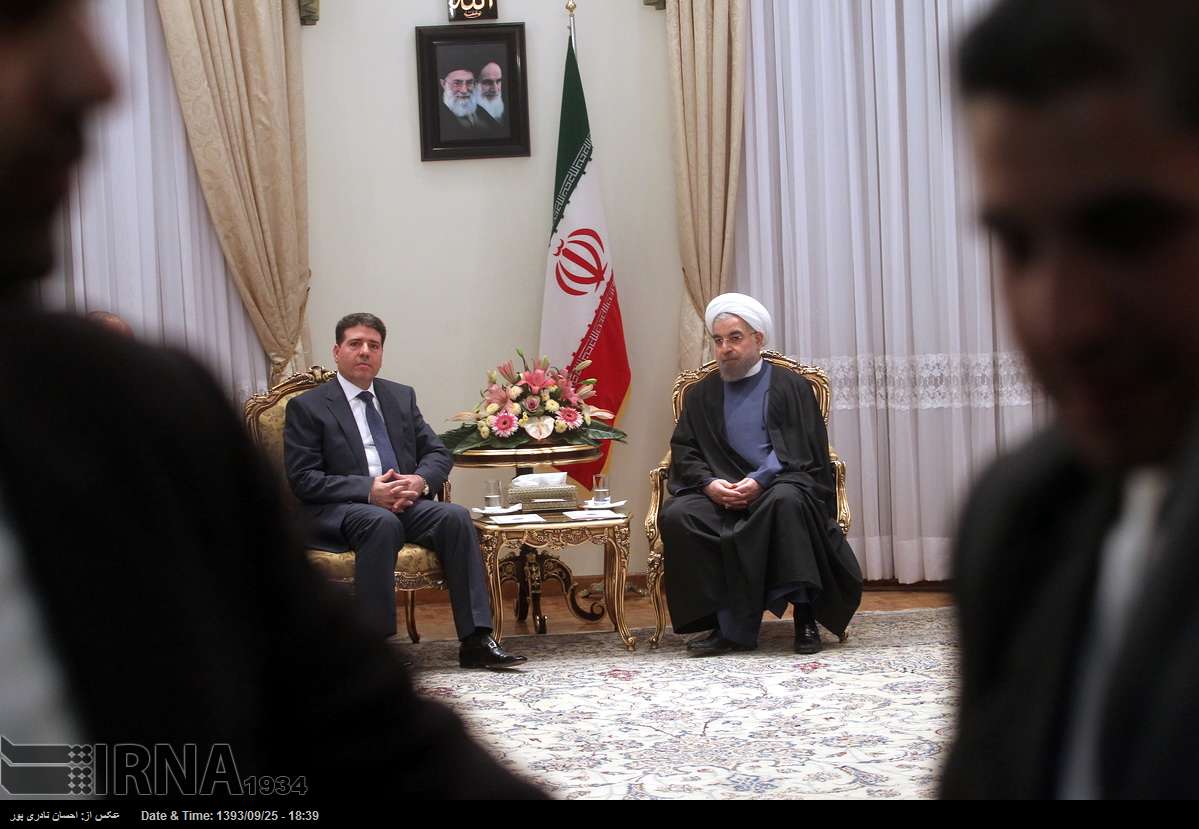 TEHRAN (Tasnim) – Syrian President Bashar al-Assad in a letter called for the expansion of mutual cooperation between Damascus and Tehran against the influence of the United States and the Zionist regime of Israel.

The letter was submitted to Iranian President Hassan Rouhani by the visiting Syrian Prime Minister Wael al-Halqi on Tuesday.

Assad said in the letter that the two countries share a will to develop bilateral ties on all levels in the face of the Zionist-American plots.

Also at the meeting with Rouhani, Halqi hailed Iran’s supports for Syria during the recent crisis in the Arab country.

Iran, a close ally of Syria, has been giving its support to Syria’s legitimate government in countering the foreign-backed militants.

The Arab country has been gripped by civil war since March 2011 with ISIL Takfiri terrorists currently controlling parts of it, mostly in the east.