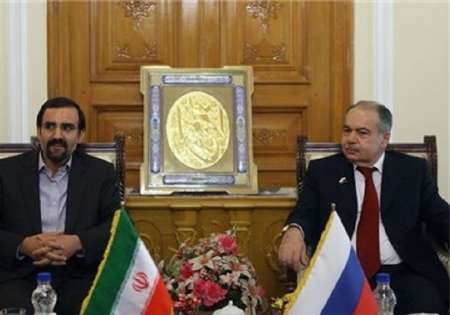 Moscow, Dec 16, IRNA – Deputy Speaker of Russia’s Federation Council ( Upper House ) Elias Omakhanov said Monday that Russia is interested in development of ties and cooperation with Iran in all areas.

He made the remarks in a meeting with Iran’s Ambassador to Moscow Mehdi Sanaei.

Sanaei, for his part, said Tehran is determined to further boost all-out relations with Moscow.

He underlined the need for removing the existing obstcles in the way of expansion of cooperation between the two nations.

Omakhanov also expressed his country’s readiness for development of ties and said that the Russian government and parliament are interested in expansion of relations with Iran.

He also said that the Russian Federation Council is interested in Iran’s membership at regional organizations.

The Russian MP further briefed the Iranian envoy on his recent visit to Syria and Lebanon.

The Russia Federation Council is the upper house of the country with 166 representatives from 83 republics and provinces, so that two persons appointed from each local parliament.