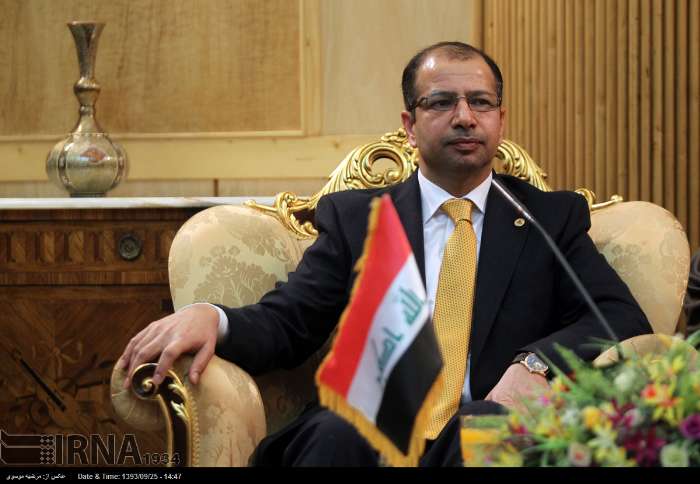 Jabouri arrived at Tehran’s Mehrabad Airport on Monday and was welcomed by Mohammad Hassan Aboutorabifard, who serves as deputy speaker of Iran’s Parliament (Majlis).

Jabouri heads a delegation consisting of two members of the presiding board of the Iraqi parliament as well as a number of senior Iraqi lawmakers.

This is Jabouri’s first visit to Tehran since he assumed the post in July 2014.

During his visit to Tehran, he will meet Parliament Speaker Ali Larijani and a number of other senior Iranian officials.

Iraqi Foreign Minister Ebrahim al-Ja’afari also was in Iran last week and held meetings with Iranian officials. During the visit, Ja’afari praised Iran’s support for Iraq in the course of its campaign against ISIL.

Iran has repeatedly stressed that it will not interfere militarily in Iraq, but the Islamic Republic continues to provide support to the Arab country against the ISIL in the form of defense consultancy and humanitarian aid.