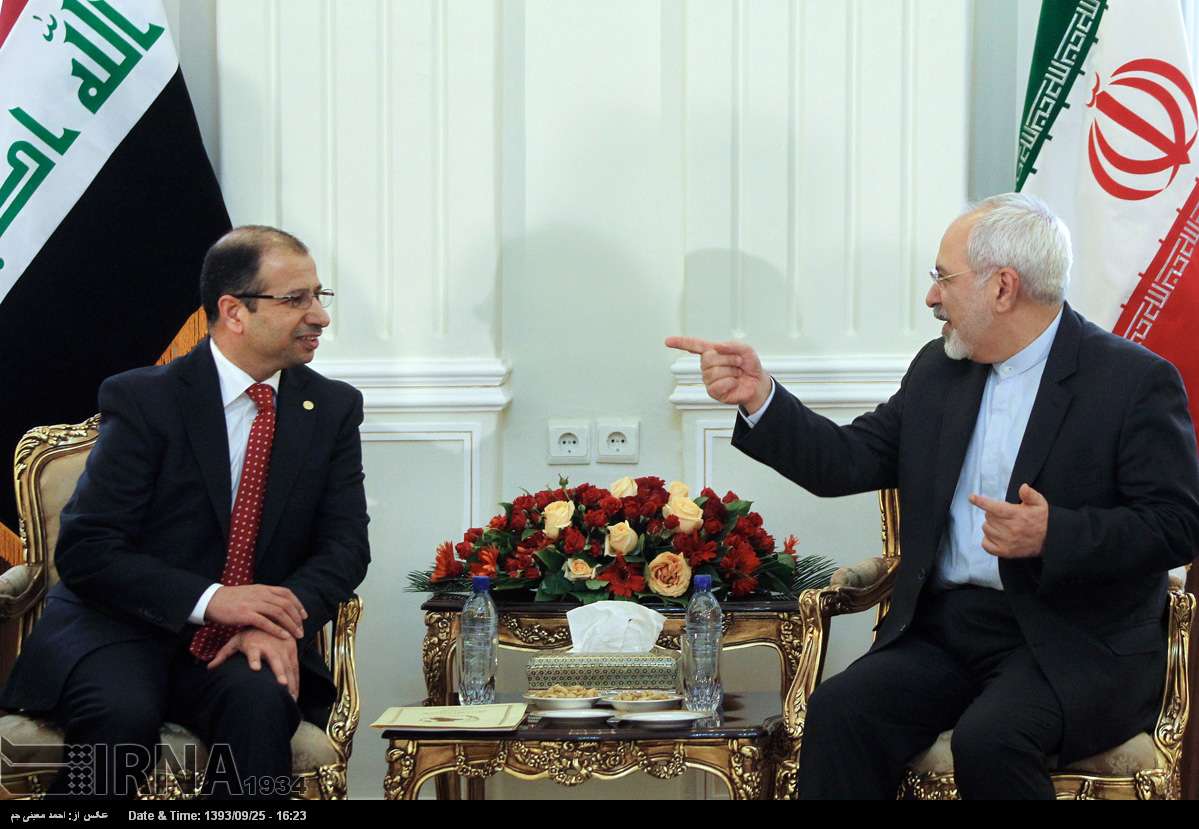 Al-Jabouri and his accompanying parliamentary delegation held talks with Zarif in Tehran.

Iran’s top diplomat in this meeting voiced Tehran’s readiness to cooperate with Baghdad in all political, economic and parliamentary fields.

He described Iraq as a bridge of friendship among all peoples and countries in West Asia, and said Iran consider Iraq’s progress and security as its own.

Zarif also hailed the fact that despite threats posed by the so-called Islamic State in Iraq and the Levant (ISIL), Shiite pilgrims marched to the holy city of Karbala to mark Arbaeen enjoying full security.

More than 20 million pilgrims gathered in Karbala on Saturday to commemorate Arbaeen, the 40th day after the anniversary of martyrdom of the third Shiite Imam.

This year’s procession was of even greater significance as the ISIL terrorist group, known by both Sunni and Muslims as a foreign-backed enemy of Islam, has seized parts of Iraq since an invasion this summer.

The militants could make swift advances in northern and western Iraq after capturing large swaths of northern Syria.

Al-Jabouri, for his part, underlined the need for confronting the terrorist group, and said all Iraqis are united in fighting terrorists, including ISIL militants.

He also urged for solidarity among regional countries to ensure security and stability in the region.