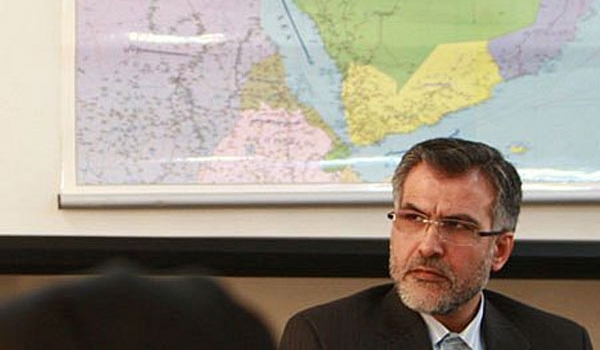 TEHRAN (FNA)- Iranian Ambassador to Kabul Mohammadreza Bahrami underlined the country’s readiness to prove the peaceful nature of its nuclear program, and said Tehran seeks a fair and logical settlement of the nuclear standoff with the West.

“The Islamic Republic of Iran supports a fair and wise solution to this problem, which regards the interests of both the negotiating sides, and it is ready to act upon the logical demands of the other side, including proving the peaceful nature of its nuclear program; meantime, Iran urges the removal of the existing sanctions,” Bahrami said in a meeting with the caretaker of the Afghan foreign ministry, Atiqullah Atifmal, in Kabul on Monday.

He also submitted a letter from Iranian Foreign Minister Mohammad Javad Zarif to Atifmal, and said, “The Islamic Republic of Iran’s foreign minister seeks the political support of the world states in line with the removal of imposed sanctions and restoration of Iran’s right to have a peaceful nuclear program, and it needs the regional and world states’ cooperation in this regard.”

Atifmal, for his part, expressed the hope that the nuclear talks between Iran and the Group 5+1 (the US, Russia, China, Britain and France plus Germany) would yield acceptable results for both sides and lead to a final deal.

The meeting was held as a fresh round of talks is underway between Tehran and Washington in Geneva on Monday within the framework of the Iran-powers nuclear negotiations.