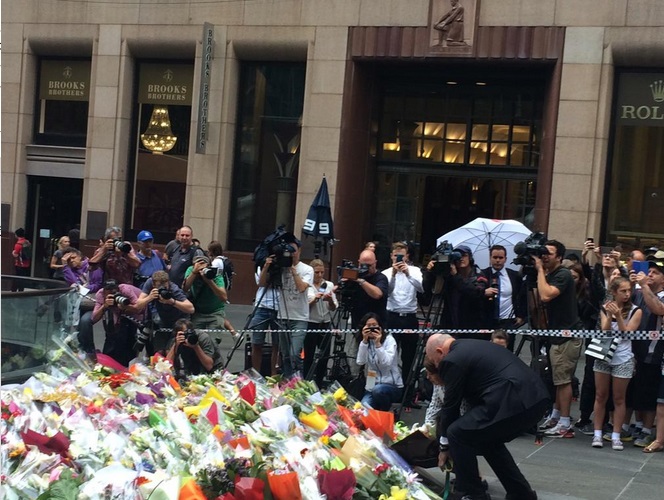 SYDNEY (AP) — Australian Prime Minister Tony Abbott has laid flowers at a makeshift memorial in Sydney for the victims of a central city cafe siege which left three people dead.

Hundreds of people have been leaving flowers at the memorial.

A gunman took 17 hostages Monday at the Lindt Chocolat Cafe. The siege ended 16 hours later in a barrage of gunfire that left two hostages and the Iranian-born gunman dead, and a nation that has long prided itself on its peace rocked to its core.