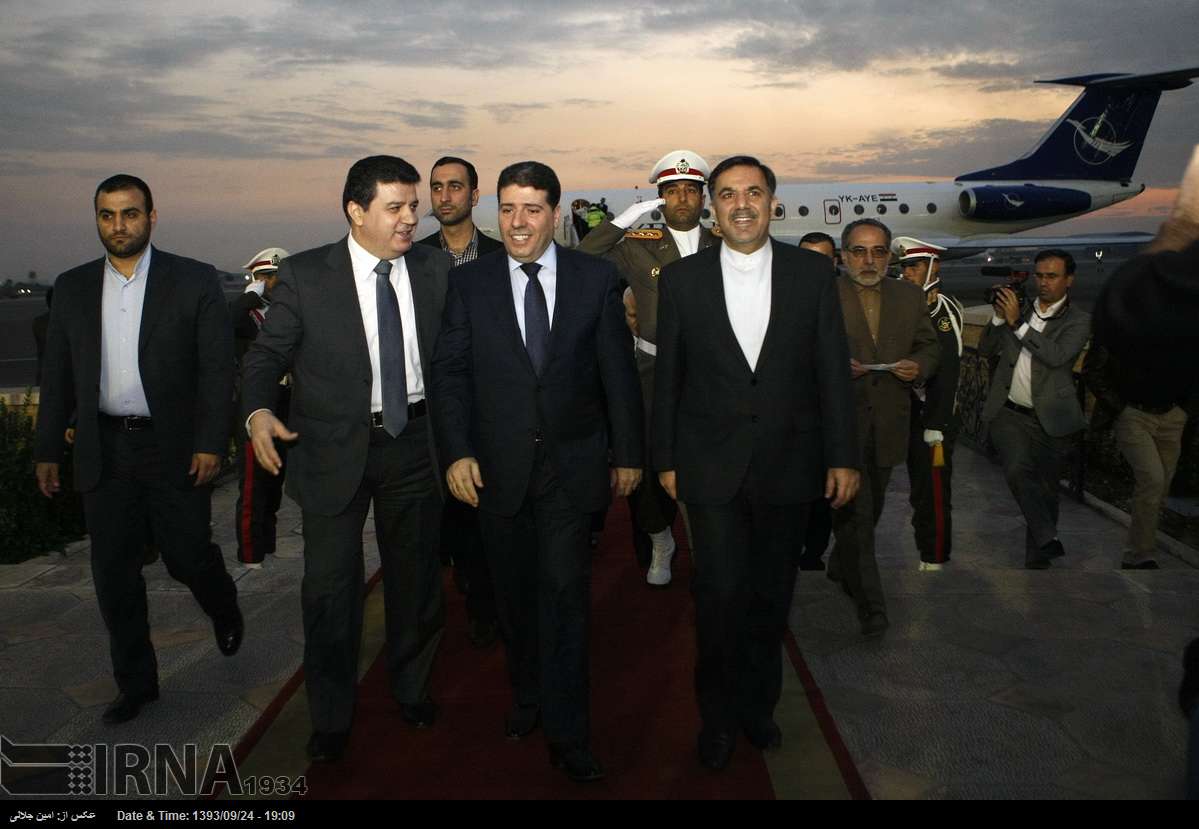 The Syrian premier was welcomed by Iranian Minister of Roads and Urban Development Abbas Akhoundi upon his arrival in Tehran on Monday.

Halqi is heading a delegation of Syrian authorities including the oil, industry, health and electricity ministers.

Bilateral relations and regional issues, including the crisis in Syria, are the main topics which will be discussed between the two countries’ officials.

The Syrian premier’s visit to Tehran comes a week after Syria’s Foreign Minister Walid Muallem paid an official visit to Iran and held talks with senior officials of the country including President Hassan Rouhani and Parliament (Majlis) Speaker Ali Larijani.

Syria has been grappling with a deadly conflict since March 2011. Western powers and their regional allies – especially Qatar, Saudi Arabia, and Turkey – are the main supporters of the militants operating inside Syria.

More than 200,000 people have so far died in the Syrian conflict.