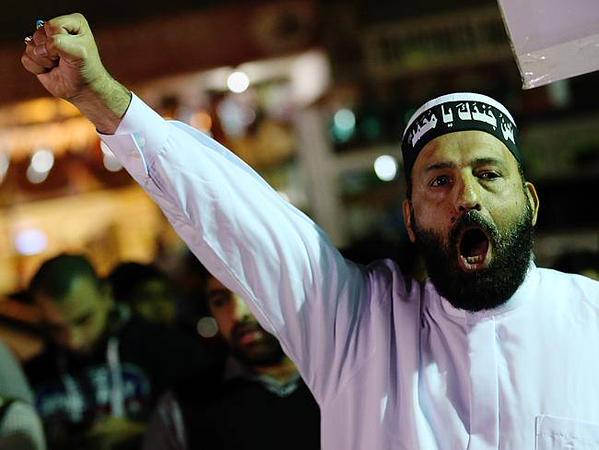 (Reuters) – An Iranian refugee known for sending hate mail to the families of Australian soldiers killed overseas and facing several charges of sexual assault is the armed man holding an unknown number of hostages in a Sydney cafe, a police source said on Tuesday.

Man Haron Monis, a self-styled sheikh, remained holed up in the cafe some 15 hours after the siege began.

“There’s no operational reason for that name to be held back by us now,” said the police source, who declined to be identified.

Monis, also known as Sheikh Haron, was charged last year with being an accessory to the murder of his ex-wife who was stabbed and set alight in a Sydney apartment block.

He was found guilty in 2012 of sending offensive and threatening letters to families of eight Australian soldiers killed in Afghanistan, as a protest against Australia’s involvement in the conflict, according to local media reports.

Earlier this year, Monis, who describes himself as a “spiritual healer”, was charged with the indecent and sexual assault of a Sydney woman in 2002. Further charges were laid in October.

Monis’s website shows graphic images of children that the website says were killed by U.S. and Australian airstrikes, as well as media coverage following Monis’s court appearances and statements addressed to the Muslim community and Australian Prime Minister Tony Abbott.