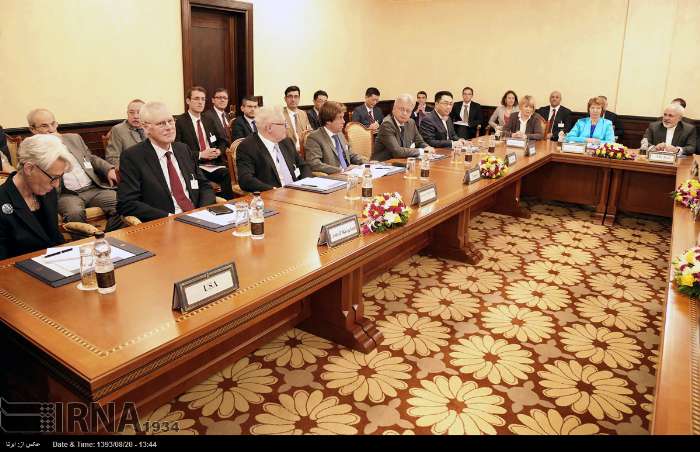 TEHRAN (FNA)- Iranian Supreme Leader’s senior adviser Ali Akbar Velayati took the US responsible for the prolonged nuclear talks between Tehran and the world powers, and said Washington’s unreasonable claims may lead to discord among the Group 5+1 member states.

Speaking after a meeting with German lawmaker and foreign policy spokesman of Germany’s Social-Democrat Party (SPD) Niles Annen in Tehran on Sunday, Velayati cautioned that the United States’ unreasonable claims have prolonged the nuclear negotiations, and blamed the Americans for failure in the attainment of a nuclear deal between Iran and the Sextet before the July deadline.

“The political directors (of the world powers) and Iran will meet again on 17 December 2014 in Geneva for a one-day meeting to continue diplomatic efforts towards reaching a long-term, comprehensive solution,” an EU statement said.

Iranian Deputy Foreign Minister Seyed Abbas Araqchi had announced earlier that the next round of the nuclear talks between Tehran and the Group 5+1 would start Geneva on Wednesday.