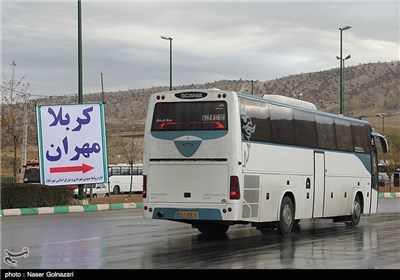 TEHRAN (Tasnim) – Iran dispatched 250 buses to neighboring Iraq on Sunday to bring back the pilgrims who attended the overcrowded mourning ceremonies in the Arab country on the occasion of Arbaeen, the 40th day after the martyrdom anniversary of the third Shiite Imam.

The convoy is only the first part of more than 1,000 buses Iran has planned to deploy to Iraq for transferring pilgrims.

Back on Saturday, Iran’s Interior Ministry decided to dispatch the huge convoy of vehicles to facilitate the transportation of pilgrims returning home from Iraq’s holy cities of Karbala and Najaf.

Iran’s Hajj and Pilgrimage Organization had already leased 500 buses to provide services to the Iranian pilgrims, in addition to another 270 buses prepared by Tehran Municipality.

An official had announced that the buses will enter Iraq after coordination between the Iranian interior and foreign ministries and the Iraqi government.

Around 20 million pilgrims from all over the world gathered in Karbala to attend the mourning ceremonies marking Arbaeen, the 40th day after the anniversary of martyrdom of Imam Hussein (AS).

More than 1.2 million pilgrims flocked to Iraq this year from Iran alone to perform the mourning rituals.