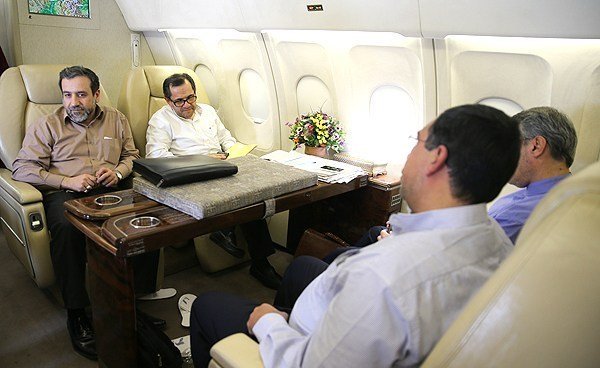 The Iranian officials are to take part in the first round of talks to be held after extension of negotiation deadline between Iran and G5+1 for another seven months.

During the talks, the Iranian negotiators will hold bilateral talks with members of delegations from US and other participating countries in the talks.

However, the focal point of the talks is meeting with the American delegation during which the two sides are to discuss all disputed issues.

Ealier, Araqchi told IRNA that the next round of talks between Iran and Group 5+1 will be held in Geneva, Switzerland, on December 17, 2014 at the level of deputies foreign ministers.

Araqchi, who is Deputy Foreign Minister for Legal and International Affairs, said that two days before December 17, preliminary bilateral talks will be held between Iran and Group 5+1.

Araqchi said all nuclear issues will be discussed in this round of talks.

The last round of Iran-5+1 talks was held in Vienna, Austria, from November 17-24 at the level of foreign ministers.