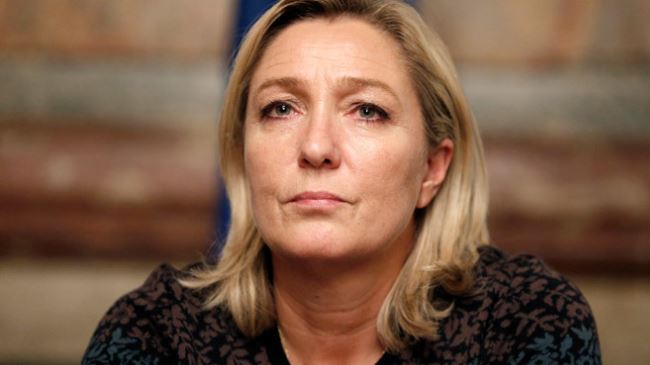 CIA torture cause for France to quit NATO: Le Pen

“If indeed everyone is outraged by the tortures used by the US then, let’s leave NATO,” said France’s National Front Party leader Marine Le Pen during an interview with Europe 1 radio channel on Saturday.

The French politician was referring to the recent CIA “torture report” released by the US Senate Intelligence Committee, detailing the American spy agency’s wide use of torture on foreign “terror” suspects captured abroad in the wake of the September 11, 2001 suspicious terrorist attacks in New York and near the US capital of Washington DC.

The report, released Tuesday by the US legislature, raised serious questions over controversial “enhanced interrogation” tactics used by CIA operators against inmates in secret US prison facilities in allied countries overseas, including Europe and the Middle East.

This is while Chairwoman of the Senate Intelligence Committee, California Democratic Senator Dianne Feinstein, admitted that the US spy agency’s so-called interrogations tactics indeed amounted to “torture,” although the word was never used in the Senate report.

Since the report’s publication, major human rights groups have demanded the prosecution of responsible US authorities identified in the report.

However, despite broad criticism and outrage sparked by the torture report, the US Department of Justice insisted on Wednesday that it will seek to prosecute those involved in CIA’s torture efforts.

Le Pen has previously criticized France’s close ties with Washington, saying that the US is using NATO to extend its influence abroad.