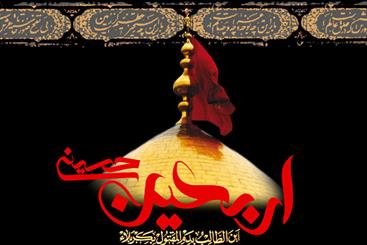 TEHRAN, Dec. 13 (MNA) – Millions of people, mostly Shia Muslims, in one of the largest rituals in the world, have made pilgrimage to Karbala on foot today, on 20th of Arabic month of Safar coinciding this year with Dec. 13, to mark the 40th day after Ashura.

Arbaeen [Arabic for “forty”] is a Shia Muslim religious observance that marks 40 days after the Day of Ashura, the tenth day of Muharram in the Islamic calendar that marks the day of mourning for the martyrdom of Hussein ibn Ali, the grandson of Prophet Muhammad (PBUH) at the Battle of Karbala. Arbaeen coincides with Safar 20, which in 2014 is December 13. Hojjat al-Eslam Mohammad Ali Shah Abadi, a board member of Mofid University, told Mehr News on the occasion of today, “what is most often cited about this day is that the surviving members from the Household of Imam Hussein managed to arrive in Karbala forty days after Ashura to mourn the death of Imam Hussein (PBUH) and his 72 companions. Although there is no strong proof that they arrived in Karbala exactly on the fortieth day, it is certain that they did finally arrive there to mourn.”

“Imam Hussein is the inheritor of all prophets, and the leading source for human guidance as stated in the Ziyarat Arbaeen,” he said.

Arbaeen is unfailingly among the largest peaceful gatherings in history. Many pilgrims from countries around the world including Iran travel miles on foot to reach the city of Karbala in Iraq as the center of the processions. It takes Iranian pilgrims approximately one week fromthe border to reach there on foot.

The pilgrims do not need to carry anything other than clothes they wear as there are thousands of tents set up by local villagers around the pilgrims’ path that provide them with everything they need, from fresh meals and a space to rest free of charge.

Hojjat al-Eslam Mohammad Karimi Vala, a member of Qom University administration, said, “Arbaeen and this massive pilgrimage on foot has attracted the attention of other nations as to what has happened on this day for the followers of Shia to be performing this proceeding on such a great scale.”

“The Takfiri threats against the region have given even more precedence to Arbaeen pilgrimage. It demonstrates the strength of the Shia movement and leads those who are skeptical about this school of thought to reconsider it until they reach certainty about its rightfulness,” said he.

“The Takfiris, by seeing the massive crowd of Shias on Arbaeen, must come to this conclusion that Shia is not like any other movements to retreat from its ideals and beliefs,” he added.

At present, Muharram Observances are carried out in countries with noteworthy Shia population, including Iran, Afghanistan, Iraq, Pakistan, Lebanon, India, and Bahrain.