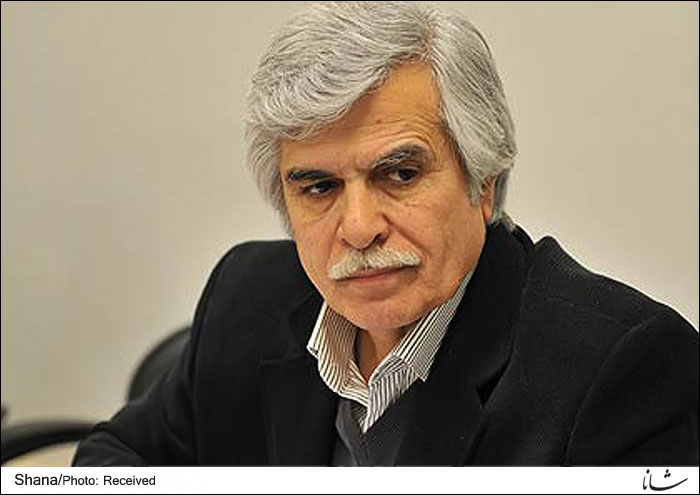 TEHRAN Dec 12 (Shana)–Dropping oil prices and the ensuing challenges for our country stimulated us to conduct an interview with Mahmoud Jaamsaz, economist. What follows is an exclusive excerpt from the interview.

Shana: What is your proposal for setting oil price in the annual budget in a way that its fluctuations will not hurt the economy?
-Setting oil price for annual budgets has been challenging for governments and parliaments in Iran. But, the problem is not confined to our country. Those countries relying on natural resources for revenues, for instance oil, gas, gold and other commodities, and generally single-commodity-dependent economies, face the challenges of price instability and its impact on their economies.

Shana: Could we call Iran’s economy a kind of single-commodity-dependent economy?

-We may argue that our economy is not a single-commodity-dependent but if we leave out oil exports from foreign trade there is no doubt that our trade balance would be completely negative and that is why we can say that oil plays a crucial role as a source of income for the government.

Shana: What is your opinion about the place of oil in Iran’s economy? Is it an advantage or disadvantage?

-It depends on how the states spend oil incomes. Spending oil revenues for well-being and economic and social welfare of the people will have different results with the situation when the states use the revenues for political wills, rent-seeking and military and political tendencies relying on the government. So it could be an advantage or disadvantage depending on how the income is spent in the country. Inappropriate use of oil revenues could lead to spread of poverty, unemployment, inequality and Dutch Disease.

Anyway, Iran’s budget has been heavily dependent on oil revenues since long ago so it could be said oil income is a disadvantage for the country because it has been misspent and the incomes have not been followed by economic welfare, social justice and sustainable development.

Shana: Could you please refer to a special period of time when rising oil prices made trouble for the economy?

The years between 1995 and 2013 are the clear example of the period when resources did not allocate adequately. Prevalence of rent-seeking and embezzlement of billions of dollars of oil income were the features of the period.

Inflation above 40 percent, close to 6.000 trillion Rials liquidity, 13 percent unemployment, rising poverty and misery index changes were the results of close to 800 billion dollars of oil revenues the government made during the period.

Shana: What should the current administration do to overcome the economic problems  it has inherited from the former administration?

-The current administration has inherited many social and economic problems from the past and tries to restore economic stability by the help from economic experts and experienced academicians through diagnosis of the root causes of problems like inflation, unemployment, recession and malfunction of other macroeconomic variables.

There is no doubt that budget is the most important document the government can arrange as a roadmap and follow it in order to bring down inflation, to boost economic growth, to reduce unemployment, to achieve sustainable development and provide social and economic welfare for the society.

Shana: What do you think about OPEC? Do you believe the organization has lost its credibility?

-OPEC once was very powerful and influential in the market through its policies pertaining on increasing or decreasing production. But these days it has lost its credibility once it enjoyed mainly because of the lack of compliance with its commitments.

Shana: With regard to dropping oil price, what solution do you think is more workable for the government in order to reduce deficit in the budget?

-At present the country faces budget deficit. Budget deficit stood at 180 billion Rials during the first six months of this year and if the government plans to end the year according to the figures in has anticipated in the budget and avoid deficit, it should be able to sell oil based on at least 125 dollars per barrel.

Shana: In your opinion what is the root cause of dropping oil prices?

-There are several economic and political reasons behind falling oil prices and big powers play a role. One reason is higher value of dollar. The value of dollar has gone up nearly 20 to 25 percent against other currencies including Euro. Strong dollar, in itself, could be the result of better employment status in the U.S, stabilizing interest rates up to the end of 2015 by Federal Reserve, economic growth and so on.

Economic slowdown in European countries, recession in Japan, falling oil demand by developed and emerging economies altogether have caused oil prices to drop by 30 percent in a short period.

Shana: Which countries stand to benefit from falling oil prices?
-It’s clear that some countries will benefit from low oil prices and some others will be losers. If you assume daily oil consumption 90 million barrels and the price of each barrel 115 dollars, you will reach 3.8 trillion dollars per year, but with price at 75 dollars the annual figure stands at 2.4 trillion dollars which means energy expenses will come down by 1.4 trillion to the benefit of oil importing countries.

China and India as big oil importers will benefit from falling oil prices. Even those countries whose economies revolve around producing agricultural products will benefit from lower prices because energy makes up a great part of their expenditure.

Shana: What about Saudi Arabia? Do you think dropping oil prices will hurt its economy?
-Saudi Arabia is one of the largest oil producing countries in the world and in the ongoing economic and political play sides with U.S. Saudi Arabia with more than 700 billion dollars of foreign exchange reserves is not worried about oil price fluctuations and its impact on its annual budget.

Shana: What about the impact of dropping oil prices on Russian economy?

-Russia holds about 450 billion dollars foreign exchange reserves now but continuation of the current status will relay a massive challenge to the Russian economy.

Shana: What do think about Iran?

-Iran has not enough foreign exchange reserves to cope with the effects of low oil prices. Venezuela faces similar situation and suffers from huge foreign debts which is the result of the performance of the government headed by late president Hugo Chavez.

Shana: Does the U.S benefit from lower prices?

-The U.S is the biggest importer and consumer of oil. The country is expected to reduce its oil demand in next years and at the same time it is a large oil producing country.

Generally, in my view those countries with high level of dependence on oil revenue are the biggest losers.

Shana: What points are essential in your view in drafting budget?

-I think the budget should be drafted based on pessimism. Because I think any deal with 5+1 won’t be comprehensive and it will not change the economic situation of our country. The past six months have proved my view.

In my opinion, drafting annual budget, as it has been suggested, based on 70 dollars for oil is very optimistic. I think 60 dollars will be more reasonable.