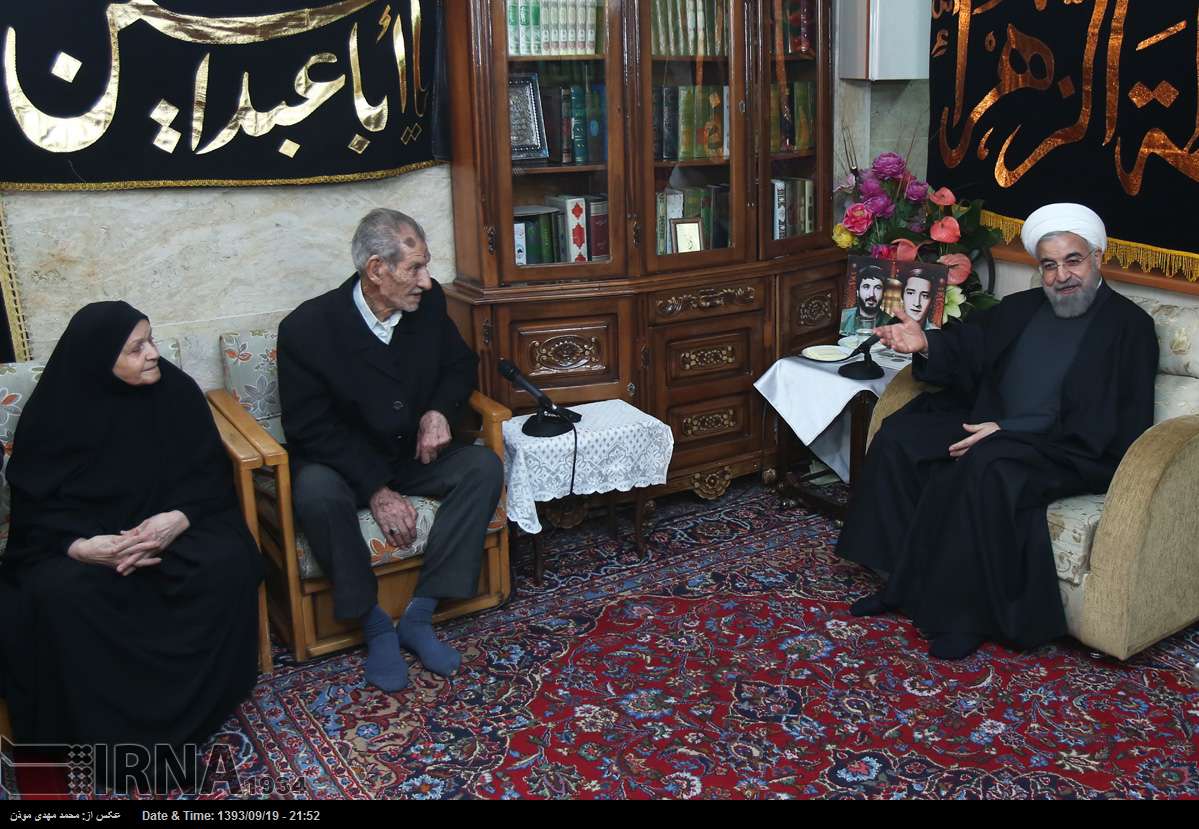 Tehran, Dec 10, IRNA – Relying on Iranian nation’s cooperation and intimate assistance, passing through any sanction will be an easy job for the government, President Hassan Rouhani said in a meeting with two martyrs’ family members.

“The enemy has always acted against the Iranian nation resorting to various methods and has entered the scene with a plot called embargoes, and we need to pass through them, which will not be possible unless the people will assist and cooperate,” said the president.

In the intimate meeting with the family members of Seyyed Hassan and Seyyed Mohammad Sanikhani, President Rouhani said that he personally knew Seyyed Mohammad, adding that that revered martyr had a very exalted spirit and his major concern was serving the people.

The two martyrs’ family members, too, expressing delight to visit the president narrated some memories of their late beloved ones.

Seyyed Hassan Sanikhani was martyred in the year 1982 in an operation in Iran-Iraq war when he was only 16 and his brother Seyyed Mohammad who was the IRGC transportations commander was martyred in 1995 due to injuries of being exposed to chemical gases during the war of Leukemia.