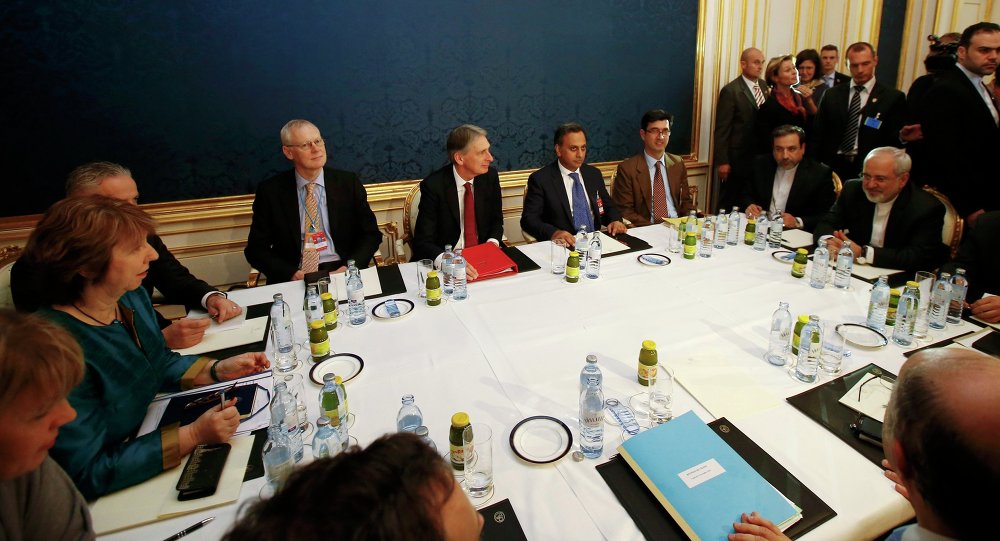 Iran’s envoy to the International Atomic Energy Agency (IAEA) says a “lasting” solution to Tehran’s nuclear issue can be found if all the sanctions imposed on the Islamic Republic are removed.

Speaking on the sidelines of a Thursday meeting of the IAEA Board of Governors, Reza Najafi said Tehran and the P5+1 states will fail to reach a “lasting” nuclear deal if UN Security Council sanctions as well as those unilaterally or multilaterally imposed against Tehran over its peaceful nuclear program remain in place.

Najafi also emphasized Iran’s commitment to the interim deal it signed with the six states – Russia, China, France, Britain, the US and Germany – in the Swiss city of Geneva last November, describing the accord as a “good opportunity” to end the “unnecessary crisis” over Tehran’s civilian nuclear work.

He hailed the progress in the ongoing nuclear discussions between Tehran and its negotiating partners and said, “Any comprehensive and long-term solution must enable Iran to implement its inherent and indivisible rights within the framework of the NPT (Non-Proliferation Treaty).”

“A final deal will be possible only if all [negotiating] sides respect mutual rights and responsibilities and enter the final stage of the [nuclear] negotiations with goodwill,” added the Iranian official.

Iran and the six powers are working to reach a final deal aimed at putting an end to the 12-year-old dispute over Tehran’s nuclear issue.

On November 24, Iran and the P5+1 group missed a second deadline to strike a final nuclear deal. They agreed to give themselves seven more months until June 30, 2015, so that they could resolve their differences and clinch a historic permanent accord.

Sources close to the Iranian negotiating team say the main stumbling block in the way of resolving the dispute over Iran’s nuclear energy program remains to be the removal of all the bans imposed on the country, and not the number of Iran’s centrifuges or the level of uranium enrichment.