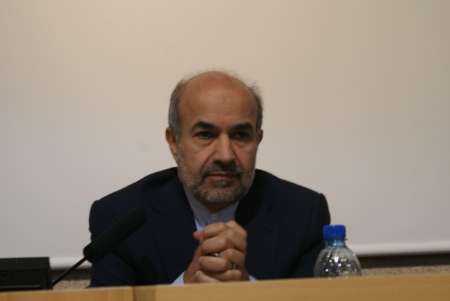 Madrid, Dec 11, IRNA – In Iranian-Islamic culture of our nation war is hated, but to the same extent they consider comprehensive defense of the country as an absolute duty, Iranian Ambassador to Spain Mohammad Hassan Fadaiefard said here Wednesday.

“The Islamic Republic of Iran’s defense doctrine is preserving the country’s independence, freedom, and territorial integrity aimed at preserving its own peace and security, as well as the regional and international peace and stability,” said the Iranian envoy addressing the commanders, professors and students of the Spanish Armed Forces University.

The Iranian ambassador added that Iran, meanwhile, respects and remains committed to all international, bilateral and multilateral treaties, including the nuclear NPT.

“That is why the nuclear, chemical, microbe-based, and biological weapons, due to their inhumane nature, have no place in the defense and security strategy of Iran and the Iranian arsenal,” he said.

Fadaiefard further stressed that manufacturing, stockpiling and proliferating of those weapons is also religiously forbidden, in accordance with a religious decree issued by the Leader of the Islamic Revolution.